Vice-Chancellor's Professorial Fellows are persons of national and international eminence, involved in development and implementation of strategic, student, research and operational activities of the University. They are integral to Monash's outreach in encouraging public intellectual discourse and debate, leadership development and mentorship to students and staff. Vice-Chancellor's Professorial Fellows are bestowed with the title of Professor for the duration of their appointment at the University.

Kim Carr’s eminent Parliamentary service to Victorian and Australian communities includes Ministerial appointments in Cabinet as Minister for Innovation, Industry, Science and Research (2007-2011 and 2013), Minister for Higher Education (2013), Minister for Manufacturing (2011-2012), Minister for Defence Materiel (2011-2012) and Minister for Human Services (2012-2013). He also served as a Senator for Victoria from 1993 to 2022. During this time he was Manager of Opposition Business in the Senate and held Shadow Minister appointments in Higher Education, Science and Research, Industry and Innovation. He has also served on numerous Senate Standing Committees in the areas of Employment, Education and Training. As a distinguished public servant, Kim was a passionate, powerful and effective champion of the Australian higher education and innovation sectors. Prior to his parliamentary career, he was a ministerial adviser in education, a policy analyst in Commonwealth-State relations and a secondary school teacher.

As a Vice-Chancellor’s Professorial Fellow, Kim’s role will focus on providing strategic advice and expertise to advance partnerships with local and global industries, focusing on the development of the Monash Technology Precinct. He will also promote and advance Monash University within the broader community through his contributions to the Portfolio of the Deputy Vice-Chancellor (Enterprise and Engagement). 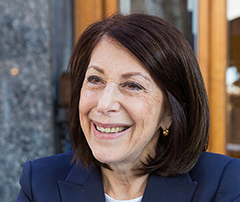 One of the most significant figures in contemporary Australian publishing, Louise Adler has led publishers Reed Books Australia and Melbourne University Publishing, and edited the Australian Book Review. A former President of the Australian Publishers Association, Executive Committee member of the International Publishers Association, and presenter of the ABC’s Radio National ‘Arts Today’ program, Louise has made a sustained and distinguished contribution to the arts and the community through her involvement in the print and electronic media, arts education leadership, university governance and public discourse. Organisations with which she has held board memberships have included the Melbourne International Arts Festival, Australian Centre for Contemporary Art, and Methodist Ladies’ College (as Chair). In recognition of her achievements and service, Louise was made a Member of the Order of Australia in 2008 (for her service to literature as a publisher, through support for and promotion of emerging authors, to tertiary education, and to the community) and awarded Doctor of Laws honoris causa in 2015 by Monash University, where she had been a Deputy Chancellor and a long-standing member of the University Council.

As a Vice-Chancellor’s Professorial Fellow, Louise’s role includes providing strategic advice, contributing her expertise to academic disciplines, especially disciplines within the Faculty of Arts, and advancing the University and its interactions with the community. 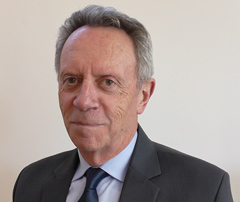 Acclaimed writer, journalist, and author Shaun Carney is a distinguished Monash Alumnus.  As a journalist and columnist, he has reported and analysed Australia's major political issues since first being appointed a Canberra correspondent for The Herald newspaper in the days of the Fraser government. His work has been published in The Age and the Herald Sun newspapers in Melbourne, together with other publications, such as the Guardian and Quarterly Essay. Shaun’s appointments at The Age included associate editor, national political columnist, state political editor, Saturday Extra editor and chief copy editor. He was also national affairs editor of Rolling Stone Australia.  As author, editor or contributor, Shaun's work has been published in eight books, including 'The Change Makers - 25 Leaders in Their Own Words', 'Press Escape – a memoir', 'Australia in Accord – Politics and Industrial Relations Under the Hawke Government', and 'Who Defines the Public Interest?'. Recognition of his journalism has included the Judges' Commendation in the Comment, Analysis, Opinion and Critique section of the Walkley Awards (2003) for his political columns.

As a Vice-Chancellor's Professorial Fellow, Shaun's role includes co-authoring a book for publication by Monash University Publishing, providing strategic advice, contributing his expertise to academic disciplines, particularly disciplines within the Faculty of Arts, and advancing the University and its interactions with the community. 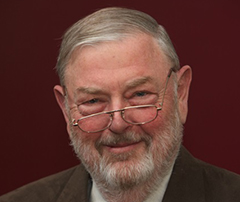 John Funder is widely recognised for his contributions to research in cardiovascular endocrinology. He has published over 600 scientific papers, given more than 200 international invited presentations, supervised 40 PhD students and mentored many more. His research has ranged widely, but he is best known for his contributions to the physiology and pathophysiology of the steroid hormone aldosterone and its role in hypertension. His contributions have been recognised internationally by awards from the American Heart Association, Endocrine Society (USA), International Society for Hypertension, and the IPSEN foundation. John was Deputy Director of the Prince Henry’s Hospital Medical Research Centre (a forerunner of the Hudson Institute) and Director of the Baker Institute (now Baker Heart and Diabetes Institute). He chaired the International Society for Endocrinology, Australian Society of Medical Research, Endocrine Society of Australia, VicHealth, and SANE Australia, and was inaugural Executive Chair of Obesity Australia. In 2015, John was awarded Australia's highest honour, the Companion of the Order of Australia, for eminent service to medicine, to the development of academic health science centres, and to mental illness, obesity, and Indigenous eye-health programs.

John's role as a Vice-Chancellor’s Professorial Fellow includes providing strategic advice, contributing his expertise to academic disciplines, especially disciplines within the Faculty of Medicine, Nursing and Health Sciences, and advancing the University and its interactions with the community. 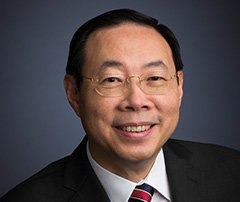 Distinguished Monash alumnus and Monash Fellow Wai-Kwong Seck is Chief Executive Officer of Eastspring Investments, the asset management business of Prudential Corporation Asia (PCA). He has overall responsibility for growing the business, deepening its investment capabilities, and expanding the firm’s global and local retail and institutional client base. He also sits on the PCA Board. His previous positions include: Chief Executive Officer, Asia Pacific, at State Street Bank and Trust Company; Chief Financial Officer, Singapore Exchange; and senior positions in the Monetary Authority of Singapore and Singapore’s DBS Bank. He holds board/committee appointments with the Singaporean Government, Chinese University of Hong Kong, Hong Kong University of Science and Technology, and Trinity International University (Chicago). In 2017, he was awarded The Public Service Medal of Singapore.

As a Vice-Chancellor's Professorial Fellow, Wai-Kwong’s role has particular focus on contributing to Monash Business School’s MBA, alumni engagement and the School’s profile in the region and beyond. Distinguished Monash alumna Marilyn Warren was the first woman to have been appointed Chief Justice of the Supreme Court of Victoria, the first female Chief Justice in any Australian state or territory. During her 14 years as Chief Justice of Victoria (2003 - 2017), Marilyn served also as Lieutenant-Governor of Victoria (2006 - 2017). Marilyn's early career encompassed legal practice in the public and private sectors, culminating in appointment as Queen's Counsel (QC). She was first appointed a judge of the Supreme Court in 1998. Australia's highest honour, a Companionship in the Order of Australia (AC), was awarded to Marilyn for her service. As Chief Justice, Marilyn was chair of many legal and judicial bodies, including the Courts Council, the Judicial College and the Judicial Commission of Victoria, the Victorian Council of Legal Education, the Victoria Law Foundation and the Victorian Institute of Forensic Medicine. The University conferred on Marilyn the degree of Doctor of Laws honoris causa in 2004.

As a Vice-Chancellor’s Professorial Fellow, Marilyn's role includes contributing to teaching and learning activities within the Faculty of Law and advancing the University's interactions with the community.