Get to know the Parkville Campus at monash.edu/study/why-choose-monash/our-locations/parkville 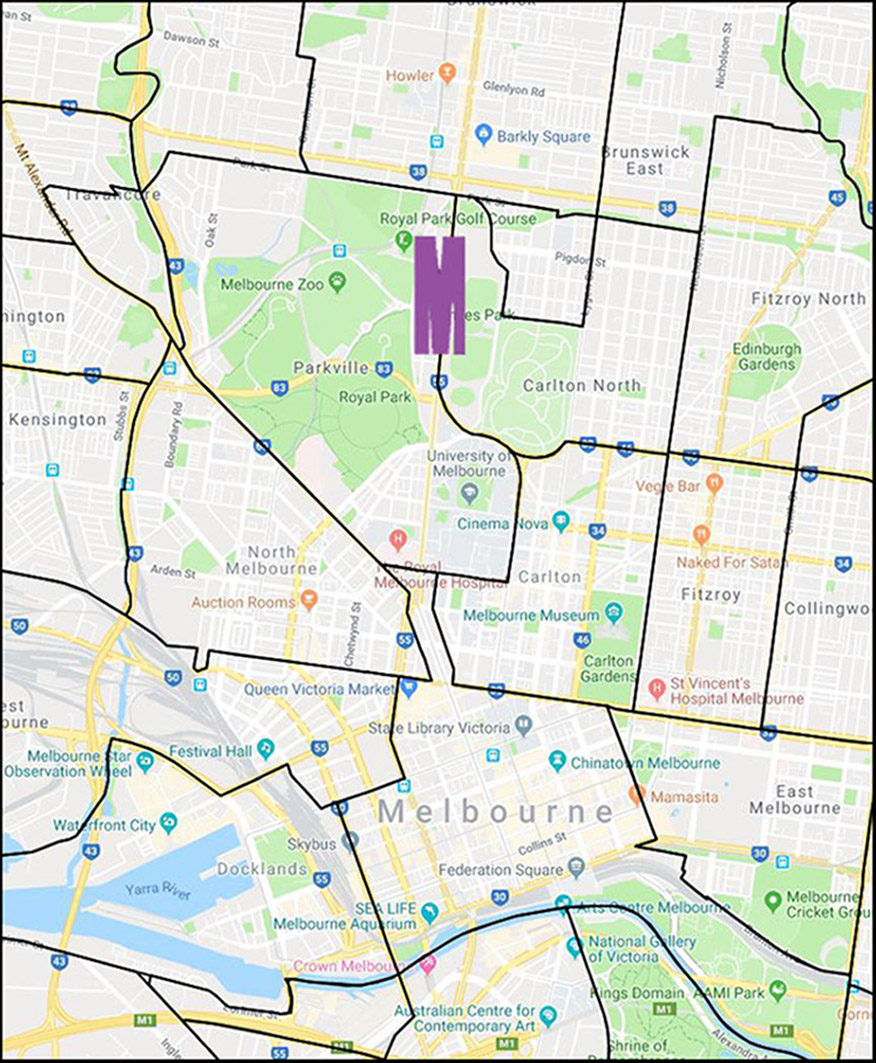 The suburbs listed below are closest to the Monash Parkville and City Campus:

The Monash Parkville and City Campus is centrally connected in Melbourne CBD with a variety of public transport options to help you get to class.

Stations on the Upfield train line close to the Monash Parkville Campus include Jewell and Royal Park.

Melbourne has the largest tram network in the world, and our Parkville and City Campuses are very well serviced by an array of tram lines, including the numbers 19 directly, or the numbers 1 and 6 through Brunswick Road.

Melbourne City has an amazing and eclectic mix of cultures and incredible experiences can be found everywhere!

Barkly Square in Brunswick is the nearest shopping centre and is a short 15 minute walk away.

Sydney Road offers one of the Southern Hemisphere's longest retail strips and is a hub of Mediterranean and Middle Eastern food outlets.

Lygon Street in Carlton is known as Little Italy and is a focal point for Melbourne's art and literary scene.

Melbourne Museum is close by, located in the Carlton Gardens and is a great place to explore the history and culture of Melbourne.

Finding a place to live in Parkville

So you have decided that Parkville and it's surrounding suburbs are for you? Excellent!

Check out how to find a place to live to get started.