When Dr Christine Crane and Associate Professor Norman James OAM decided to join the very first cohort of Monash medical students in 1966, they knew they were taking the first step towards meaningful medical careers. However, they didn’t know they were also on their way to finding the partnership of a lifetime.

Joining Monash was a thrilling experience for the two aspiring students. “We were aware that we were a special and pioneering group,” said Christine (née Crane).

Our teachers were young and keen to help prove that Monash was unique. Every year brought new and interesting experiences of learning."

Norman and Christine bonded over their love of cinema and the arts after finding themselves attending the same art film screenings by the Monash Film Society. A keen appreciator of classical music, Norman also frequented the Monash Orchestra’s concerts. Who served as the Orchestra’s back-desk second violinist? Christine, of course.

By their fourth year, the two scholars were proving they had what it took to excel in a challenging field. “Being among the first group at Monash was a great adventure, but it was not easy to stay the course,” remembered Norman.

“Of almost 130 entrants only 29 graduated, with most of the others denied re-entry. As a result, we became very close-knit and had unique one-to-one access to our teachers.”

During their fifth year, Norman and Christine were placed together as part of a small team for live-in clinical rotations at the Queen Victoria Hospital where they gained experience in obstetrics, gynaecology and paediatrics.

Christine singles out this time in the hospital’s specially built student accommodation as her favourite Monash memory.

From 1896 to 1946, the institution had been run by women for women, an ethos proudly proclaimed in its motto 'Pro Feminis A Feminis'.

In 1965, there was still a predominance of female obstetricians, surgeons, anaesthetists and others at the hospital,” said Christine. “They were good, if eccentric, role models for us women students."

The hospital retained its focus on encouraging the training, employment and advancement of women doctors long after their male counterparts were integrated into the fold.

Christine and Norman’s student cohort was expected to manage ten deliveries during their live-in period. They turned to the inspiring women at the hospital’s helm for advice and support.

Following graduation and a busy residency year at Prince Henry’s Hospital, Christine and Norman managed to find a weekend during which they were both off duty and free to marry each other at a gathering of family and friends.

Rather than acting as a full stop on a heart warming Monash love story, their wedding marked the beginning of a shared life defined by medical contributions, mutual respect and support, and a ceaseless commitment to improving the lives of others.

The couple have lived around the world, embarking on professional and research endeavours in New Zealand, the United States and Australia, as well as volunteering for a few months in Bhutan.

Christine honed her expertise in radiology, with a focus on mammography, through further study in Sweden and clinical practice. Working alongside a dedicated team, she helped set up the South Australian mammography pilot study which became key to Australia’s national breast screening program.

Norman’s interest in psychiatry led first to fellowships and a doctorate earned through the University of Otago and University of Michigan, then to positions in leadership at ground breaking psychiatric institutions - including Hillcrest Hospital in South Australia and Royal Park Hospital in Melbourne. In 2008, his contributions to psychiatry were acknowledged with a Medal of the Order of Australia (OAM).

Wisdom for the next generation

Considering the Crane James’ relationship and shared zest for life was built on a love of literature, theatre, cinema and music, it comes as no surprise that they encourage the new guard to maintain a constant curiosity about the world around them.

Medical students should try to maintain a well-rounded level of education, including in the humanities,” they agreed.

“As doctors, one needs to have some understanding of the world beyond medicine for one’s own sake and also as a bridge to communication with patients. Both within medicine and more broadly across the humanities, students would do well to develop habits of study which can be continued with enthusiasm throughout a lifetime.” 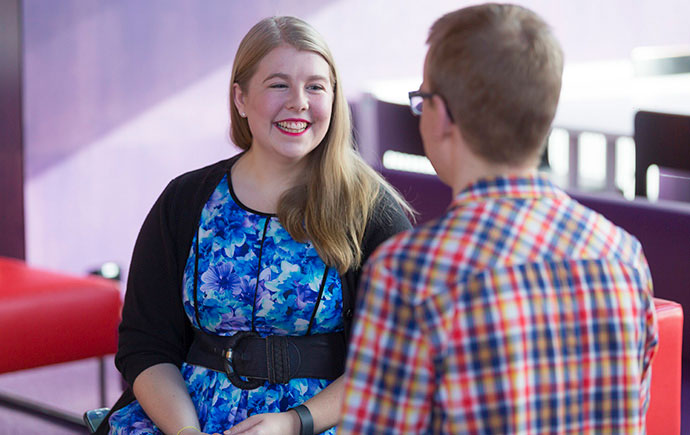