Documentary filmmaker Eva Orner doesn’t need to go looking for powerful stories. They find her. When the right story comes along, she knows it.

Eva’s instincts have led her from winning an Australian Film Institute award at just 23 years of age to receiving Academy and Emmy Awards in her mid-30s, with numerous illustrious awards and nominations since.

Orner uses documentaries to elevate the voices of those long-denied visibility and attention, with an oeuvre that includes the touching and deeply human rendering of the sex lives of people with disabilities, of an Afghan taxi driver beaten to death by American soldiers while in detention, of Australia’s treatment of asylum seekers, and of women preyed on by a yoga superstar.

Most recently, she has turned her filmmaker’s eye to Australia’s Black Summer bushfires. In Burning, she explores the fiery nightmare that descended on the country in 2019, ignited in part by decades of political inaction and misinformation about climate change.

From corporate videos to film festivals

Orner didn’t start out with a passion for filmmaking. She had always loved movies – particularly arthouse films – but her Bachelor of Arts at Monash University was mostly focused on art history.

Instead, the company she kept at Monash steered her towards the path she continues to walk today. “I met a group who wanted to be filmmakers, and we started making really terrible short films,” she laughs.

From this group, her friend Sarah Barton went on to study film at the Victorian College of the Arts and, after graduating, the two teamed up to form a production company – Barton directing and Orner producing – to make corporate videos.

The pair were unexpectedly set on a new creative direction after seeing an advertisement in a magazine calling for documentary proposals for SBS.

They pitched a film exploring physical disability and sexuality and, much to their astonishment, they were offered the opportunity to produce it.

That documentary, Untold Desires, went on to win an Australian Film Institute award in 1995. It was screened at film festivals around the world, and eventually sold to the BBC’s Channel Four.

It let people be seen who maybe weren't seen so much at that time,” Orner reflects. “It was very ahead of its time, and a little bit racy."

The experience, however, almost set her up for failure.

“I thought, ‘Oh, this is great – you just write a proposal, send it off and get the money and make a movie’,” she says.

“What I learned was, it will never be this easy again.”

Despite knockbacks and rejections, Orner persisted. After a stint as production manager on the popular TV show Blue Heelers, she found her way first to New York and then Los Angeles.

Orner has lived in Los Angeles ever since, producing and then directing award-winning documentaries.

One of these documentaries was Chasing Asylum, which shone a light on the trauma experienced by asylum seekers under Australia’s offshore detention policy.

"Chasing Asylum was personal to me, because I just couldn’t believe this was still happening,” Orner says. “I was so angry."

In Burning there is also a palpable fury simmering beneath the surface – a fury that bubbles up in interviews with bushfire survivors.

“I want things to change,” she says. “I think what the government is doing is fundamentally wrong in these circumstances.”

Orner cites the blaming of arsonists for the fires as an example of how the Australian government, the fossil fuel industry, and certain media outlets strove to deflect the impacts of climate change and the unprecedented weather conditions that led to the worst bushfires in Australia’s history.

Her documentary counters this miscommunication and confusion, with the 90 minute production dedicated to debunking, informing and engaging, while also honouring the stories and experiences of those caught up in the devastation.

While insisting she’s not an activist (“I just tell stories”), Orner is nonetheless drawn to narratives that have proactive social commentary.

“I think the world is so interesting,” she says. “Right now, it’s interesting probably not in a very good way, and so for storytellers there’s a lot to expose.”

Her films are rich in character, often focusing on people who have been dealt an unfair hand, but who are willing to bare their lives and souls to the camera. She is keenly aware of the sacrifice and risk inherent in the decision each person makes to speak with her.

You feel privileged to spend time with people who want to share their stories, and so it’s important to me that I honour and respect them."

Now represented by one of the world’s top media agencies, and with numerous awards under her belt, Orner is in high demand, especially as the industry attempts to correct its longstanding gender imbalance by investing in female directors and producers. She still needs to pitch and find funding for her projects, but now some projects come to her with funding already attached.

Orner is also surfing a massive wave of interest in documentary films, driven in no small part by streaming services such as Netflix.

“It’s so funny to me, because I went from being this super-nerdy outcast to being the cool kid in town. It's a really nice feeling.” 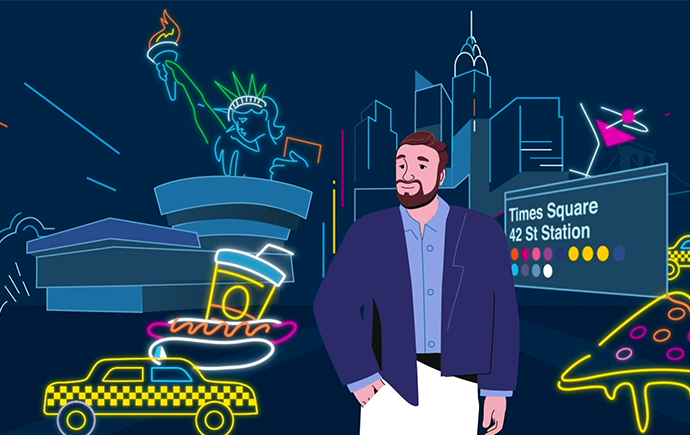 The Monash Alumni Program opens the door to unexpected connections. Whether you’re looking for your first job or your next merger, there’s an invaluable opportunity around the corner.