Using the law for a more humane world

For corporate lawyer Geraldine Johns-Putra, transitioning from wrangling mergers and acquisitions to tackling modern slavery was a logical step.

The former MinterEllison partner had spent 11 years working around the world – from London to Shanghai to Hong Kong – thanks to a mind sharply attuned to the minutiae of corporate law.

Despite her success, she found herself wanting to create a different kind of impact within her profession. “Mergers and acquisitions can be very interesting, and you get to work with a lot of very smart people, but I didn’t feel it was improving things on a deeper level.”

Fast-forward several years and Johns-Putra is principal lawyer at Geraldine Grace, a boutique law firm specialising in corporate governance and modern slavery. “I went from one of the largest law firms in Australia to a law firm of one,” she laughs.

The road to Geraldine Grace began in 2017 when Johns-Putra returned to Australia from Hong Kong to work in MinterEllison’s Melbourne office. “I was thinking about how to use my skills as a corporate lawyer to make a difference,” she says.

As she considered her future direction, she began ruminating on the role companies could play to make meaningful and ethical impacts.

“The concept of the intersection of profit and purpose was not then widely known,” she says. “There is the assumption we all make that companies are there to make a profit.

In 2018, a MinterEllison colleague’s remarks on the debate in federal parliament over the Modern Slavery Bill led to a flash of inspiration.

Johns-Putra saw the opportunity to specialise in a fertile new area of law that lives at the intersection of governance and purpose and cuts to the heart of corporations’ power to change the world for the better.

At its broadest, the term ‘modern slavery’ encompasses situations of exploitation where a person cannot refuse or leave work because of threats, violence, coercion, deception or abuse of power.

The Modern Slavery Act compels Australia’s biggest companies to address the risk of modern slavery in their operations.

As Johns-Putra explains, the legislation turns a company’s gaze to the supply chains and communities essential to its operations, but with which it may not have had a direct relationship.

“They may not know who is making the chips that go into their computers or what the cotton planting environment is like for the material that goes into the clothes,” she says. “The legislation intersects with corporate responsibility beautifully, enabling them to make meaningful change.”

As a member of the Monash University Council since 2019, Johns-Putra played a part in devising the University’s modern slavery statement, released in 2020.

One of the most rewarding things about working in modern slavery is that everyone gets behind it when they realise what it’s all about.

“Everything is so theoretical around what I do, but when you get to modern slavery you realise that each individual can actually make a difference to the life of another individual, in another country, working in shocking circumstances. That’s when they have a lightbulb moment.”

Malaysian-born and raised, Johns-Putra and her identical twin sister Adeline studied at Monash as international students in the 1990s. “Adeline and our older sister were a year ahead of me and I was just desperate to get to Melbourne,” she recalls.

“I did my first year of university at Sunway College, in a program that eventually became Monash Malaysia, in one of the first cohorts of students there.

“When I finally got to Melbourne and to Monash as an economics-law student, it was amazing.

"My sisters and I shared a rented house in Clayton, and there was a sense of the world opening up – being 18 years old, moving countries, everything new, feeling like the world was our oyster.”

It was that heady feeling of possibility that prompted Johns-Putra’s donation to the Hong Kong scholarship fund.

When I think about the trajectory of my life, I see how it has been shaped by going to Monash. I ended up in places doing things I would never have dreamed growing up in Malaysia, all because I had a university degree recognised all over the world.

Arriving in Hong Kong marked the start of her re-engagement with the Monash alumni community. “I saw the opportunity to help underprivileged students attend university and have the same sort of transformative experience as I did,” she says.

“You wouldn’t believe the number of people who say to me, ‘Have you seen The Queen’s Gambit?’”, she says. “It took 30 years for chess to be fashionable and it finally is.”

In a life and career full of change, Johns-Putra’s dedication to her guiding passions has certainly paid off. 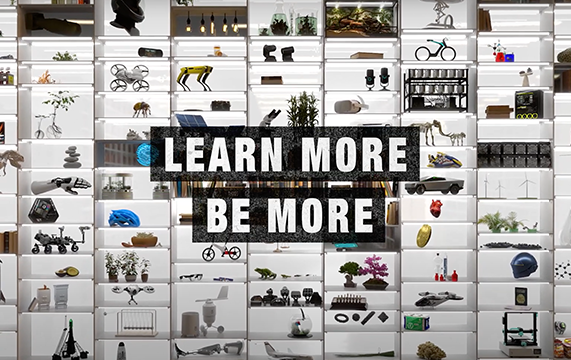 Take control and get ahead with Monash’s extensive range of professional development and career management opportunities. Because your learning never stops.