How to fuel a carbon-neutral future

How to fuel a carbon-neutral future

Shanghai-based Saw Choon Seong sees engineering as the creative path to opportunity. It is no surprise to find him delivering clean fuel technology critical to the world’s response to climate change.

Saw Choon Seong’s mechanical engineering professor walked into the lecture theatre at the start of first year in 1984 and announced: “In my class, if you design something that doesn’t move, I will fail you.”

In the next class, his civil engineering professor instructed: “In my class, if you design something that moves, I will fail you.” He then challenged the rows of starry-eyed students to design and build a structure able to carry a given load using lengths of dried spaghetti.

Choon Seong still laughs today at the students’ initial perplexity until they realised its purpose was to awaken them to the diversity of engineering disciplines. “We were put into teams, which was a valuable learning experience in itself, and our group built a spaghetti bridge based on The Bridge on the River Kwai he recalls with some pride because “it was strong … and didn’t move”.

It was a valuable introduction, he says, because it began preparing students for working under stress and thinking creatively: “Whenever I am faced with a challenging situation, I still think back to this lesson.”

Nonetheless, his chosen discipline after first year was neither mechanical nor civil engineering, but electrical and computer system engineering – the basis of an international career in automation technologies. Today he is president, China, at the US-based global company Air Products, and he lives with his family in Shanghai.

Choon Seong heads a team of close to 4500 people across 200 production facilities. He brings to his role a strong team philosophy to drive collaborative innovation – in particular, to address the world’s most pressing energy and environmental sustainability challenges. The centerpiece for this is his company’s push to expand the production of hydrogen as the next generation clean fuel.

The company also supplies oxygen, nitrogen, argon, helium, carbon dioxide and other gases used across a wide range of industries including energy, food and healthcare. Air Products was a crucial rapid-response supplier of oxygen to Wuhan, the epicentre of the first COVID-19 outbreak in China.

Choon Seong’s keenest interest is the use of hydrogen as a clean fuel, particularly for road transport and shipping. Air Products acquired the gasification businesses of GE Energy (formerly ChevronTexaco) and Shell to enhance its gasification technologies to apply to China’s vast coal deposits.

“Gasification is a method of extracting hydrogen from coal and is one of the ways China plans to meet its carbon-neutral target while still utilising its coal reserves,” he explains.

“We have invested in building the first liquid hydrogen plants in Asia – one in Zhejiang near Shanghai and one in Inner Mongolia. Hydrogen from coal gasification and green hydrogen [produced by passing a renewably generated electric current through water to split H2O into its two elements] will be one of the key fuels of the future.”

Throughout his career, Choon Seong has striven to be an agile thinker with a ‘can-do’ attitude, much of which comes from the way the student from Malaysia put himself through Monash University.

“I worked on a poultry farm, a cherry farm, at a steel fabricator, a bakery and as a kitchen hand in restaurants around Pakenham. When you needed work, the student union could always find you a job if you were not picky. Life was tough, but I learned if you were willing to work hard there was always a way ahead.

“That experience shaped me and it’s why I still have in my treasure box every single pay packet from that time.”

Advice for the next generation

In 2017 Choon Seong gave the graduation address at the Monash Suzhou campus and stressed to students the importance of focusing on positives when confronted by challenges.

Stay focused on the positives so you have the energy to fix the negatives,” he urged.

After graduating, Choon Seong started his career as a research and development engineer at Hitachi Semiconductor, Penang, Malaysia. He won awards for this work, but it was laboratory-based, and his nature was to be out and about meeting a diversity of challenges and people.

It was this that attracted him to Air Products Malaysia. The company fostered initiative and Choon Seong had plenty. He was constantly suggesting new ideas for applying industrial gases to emerging technologies, and for business development into new markets.

“I started out as a project engineer and worked on building new plants for Air Products Malaysia, then running them.”

The point he makes to students and new graduates, as Monash alumni, is that you can be trained but you also need the initiative to explore: “This is how opportunities are created.”

Choon Seong looks back on his Monash years with great fondness for the life experiences and the academic acumen that he took with him after graduating.

“I learned a lot from that spaghetti bridge challenge, including the importance of group effectiveness and the value of diversity and inclusion – seeing what each person brings to the table, to listen and encourage innovation. That is one of the lessons and strengths you take from Monash and which you return to again and again.

“Monash teaches you how to learn – and this is a lifelong process.” 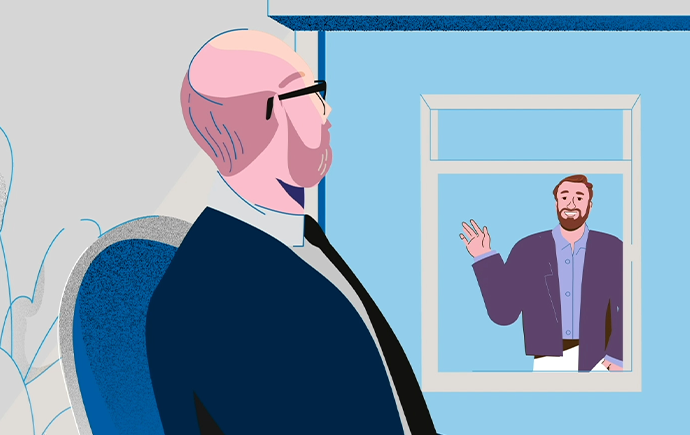 Whether you're looking for your first job or your next merger, there's an invaluable opportunity around the corner with the Monash Alumni Program. Just ask Karl and Chris.