As a child, Associate Professor Kyllie Cripps hoped to become a lawyer or accountant – but she was told that she could expect to become a bookkeeper at best, an unmarried mother at worst. “The message was: you live in public housing, your parents are on welfare, you won’t amount to much,” she recalls.

The message was: you live in public housing, your parents are on welfare, you won’t amount to much.

Now a leading voice on finding community solutions to Indigenous family violence, sexual assault and child abuse, Cripps has definitively proven her school careers counsellor wrong. But the anecdote goes to the core of the prejudice she experienced as a young Palawa person (Indigenous Tasmanian).

Cripps is a scientia fellow and senior lecturer in the Law and Justice faculty at the University of New South Wales, following a Monash University doctorate focused on family violence in Indigenous communities. In Australia and internationally, her academic achievements span the breadth of Indigenous studies, sociology, public health, public policy and criminology.

It gives her a uniquely nuanced perspective on how social disadvantage and the experience of Indigenous domestic and family violence intersect. Her research draws critical connections between violence, housing shortages, and engagement with state and community services, including child protection.

It makes short work of the paternalistic assumptions that have failed communities, such as the attitude that women who do not leave abusive relationships have only themselves to blame and deserve to be held accountable through “failure to protect” policy and laws.

“For Indigenous women with children, the decision to stay or to leave is complex. Women are often in an untenable position when it comes to establishing safety for themselves and their children,” says Cripps.

“The priority waiting list for public housing is longer than two years. If you’re a mum who’s just escaped family violence, are you going to get your children back? Probably not. The deficit here is that public housing isn’t enough – not that they’re not enough of a parent.”

She also takes a shot at the assumption that the responsibility for dealing with family violence belongs to women, and the spectacular lack of effectiveness of this approach in Indigenous communities.

“Indigenous communities have forever said, if we are to respond to family and domestic violence, we need services for men and women so that people have an opportunity to work on their issues. We need emergency housing for men and for women so that people can have time out from each other. When they have worked out their issues and thought about whether they still want to be in the relationship, they can come back together when it’s safe.”

The pace of change can be slow, but Cripps takes heart from seeing the adoption of her insights in state and federal public policy.

She says her greatest achievement, however, is simply listening to communities and producing resources for them to use. They include a poster that helps dispel judgment of Indigenous women as they contemplate leaving violent relationships, which puts the onus back on key stakeholders to reflect on how they can provide more realistic support.

She has also facilitated media training empowering Indigenous community members to voice their concerns and to be heard. “A group of our women were sick of the stereotypical stories of Indigenous violence in the media of how bad the violence was and our communities were, as well as the demonising of Indigenous men, so they asked for media training so they could change the stories. The commitment of community members to participate in the training, their spirit and energy to talk about these topics, always inspires me.” 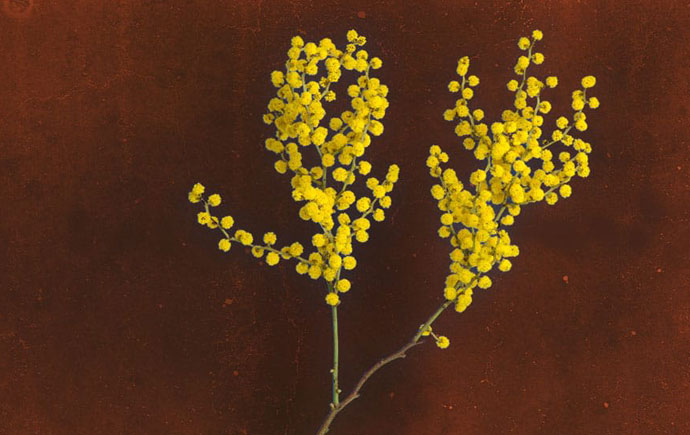 Dr Susan Carland talks with experts, including Pro Vice-Chancellor (Indigenous) and head of its William Cooper Institute, Jacinta Elston to uncover some of the policies and initiatives needed for change.
Listen now.

Cripps has also been a foster carer, taking in seven Indigenous children over five years with her sister. It was an opportunity, she says, to give back to the Indigenous community, and this immensely rewarding experience offered new perspectives on life, research and teaching.

“To study in this area is one thing, to do foster care and see this system through the eyes of a child and to be advocating for them and their family is another. I learned a lot, including that access to culturally appropriate, ongoing counselling should be offered as soon as a child enters care. It should be fundamental, but sadly it’s not.”

The corrosive effect of prejudice nearly prevented Cripps from reaching her own potential. If not for a summer school held by the University of South Australia for Indigenous students she attended as a 15-year-old, she wonders where she would be now. She was chosen for being one of the three highest-achieving Palawa students in maths, science and technology.

Run by leading Indigenous academics, including Professor Colin Bourke, who in 1977 became Monash’s first full-time Indigenous director of the Centre for Research into Aboriginal Affairs (now the Monash Indigenous Studies Centre), and his wife Professor Eleanor Bourke, the Aboriginal Summer School for Excellence in Technology and Science (ASSETS) opened Cripps’ eyes to a world of possibility.

A world of possibility

“I would never have gone to university without Aboriginal Summer School for Excellence in Technology and Science (ASSETS),” she says. “The involvement of Colin and Eleanor in my education from ASSETS through to the completion of my PhD, their mentoring, support and encouragement to follow my dreams, to be courageous in my choices and to be a leader, is a testament to the kind of academic I want to be.”

Colin, who died in early 2021 at the age of 84, and Eleanor, a distinguished Wergaia/Wamba Wamba Elder and professor, were among the academic procession at Cripps’ 2005 PhD graduation ceremony. “It was an amazing experience. And it was really the wheel turning full circle. When I first met them at that summer school, I told them what the careers counsellor had said to me. They were both very straight up and said, ‘you can be what you want to be’. Having role models like that inspires me to be the same for the next generation.”

As a keen mentor and PhD supervisor (currently she has seven doctorate students, of whom five are Indigenous), the pandemic has provided its fair share of curveballs, but Cripps has focused on keeping her students connected and engaged. Her puppy, Yeera (a birthday present from her husband that they both adore), has helped in this process.

“She has attended many of our online classes during the COVID pandemic, as well as a face-to-face class, which was extra special,” she says. “To have her present in class, especially when covering content that is confronting such as Australia’s Stolen Generations history, gave the students comfort and kindness. She also lightened the moment in teaching breaks with joy and laughter … just what we all need at the moment.”

Get support or give back. Mentoring opportunities bring people together at every stage of their career.