Mitigating the impact of natural disasters

Mitigating the impact of natural disasters

A career in the eye of the storm.

Physicist Dr Ray Canterford PSM turned a passion for investigating the earth’s processes into a career at the forefront of the emergency response to tsunami and extreme weather events.

Boxing Day afternoon, 2004, and Dr Ray Canterford PSM’s phone started ringing – desperate calls coming in from Hawaii to Thailand to India, all seeking urgent advice as one of the deadliest natural disasters in recorded history was unfolding.

It was the Sumatra–Andaman earthquake and tsunami. Triggered by a megaquake, a massive volume of water from ocean floor to surface travelling at the speed of a jet had swept from Indonesia to India.

It created a wave as high as 30 metres on coastlines, flattening communities and killing more than 230,000 people. Emergency responders in many countries, including Australia, were desperate to know what had happened … and what might still be on the way.

As the Australian Bureau of Meteorology’s (BOM) senior officer responsible for warnings, forecasts and hazards, including tsunamis, Canterford’s name was top of the emergency contact list for this part of the world.

It was unprecedented. People were overwhelmed, and they needed quick answers,” he recalls.

“I was one of the focal points for delivering information being gathered by experts around the world to guide rescue teams, humanitarian agencies and governments."

Canterford and his colleagues looked for aftershocks and more tsunamis and to provide some sort of advice. People knew there would be more coming, but at what magnitude?

"In these situations, you can’t ask for more time," he says.

"You have to use all your experience and the experience of your team, stay calm, and provide succinct explanations and the best possible advice without delay.”

Canterford was again on a disaster-response frontline in a career that had already made floods, bushfires and ocean hazards his fields of expertise – an unforeseen consequence of a teenage passion for wanting to know how the earth works.

"I wanted to go into physics because I wanted to understand the world. Monash University had a reputation for having the best physics department. It had new lecturers, new equipment, new ideas, and so that’s where I headed."

He progressed to a PhD in laser physics with a particular interest in instrumentation and measurement. It was the ideal grounding for what was to become a long and distinguished career with the BOM, punctuated with overseas secondments, including a Fulbright postdoctoral appointment to the National Oceanic and Atmospheric Administration (NOAA) and NASA.

While always insisting he was just part of a team, Canterford became the ‘go-to’ specialist as extreme weather events delivered increasingly frequent floods, storms and bushfires.

Internationally, he also collaborated in the development of global observation systems, especially for developing countries.

A consequence of the tsunami tragedy was a major international effort led by Australia to develop an advanced tsunami warning system for the region.

Canterford was at the forefront and travelled to Thailand days after the disaster to start the international planning and see first-hand the devastation.

"It was emotional and inspiring how quickly everyone mobilised,” he says.

The project united Indian Ocean basin countries. "I had been involved in international work for over 30 years, and never seen anything like this in terms of countries coming together and supporting each other."

A network of ocean-monitoring instruments, seismic stations and tsunami prediction models were developed, with ocean and seismic sensors feeding data into a monitoring system.

This allows the BOM to give up to 90 minutes’ warning of where and when a tsunami will hit and its magnitude. It is life-saving infrastructure and it owes much to Canterford and his research collaborators.

Earlier at the BOM, Canterford had broadened his interests into hydrology, which led to roles as operational flood forecaster and in flood mitigation design. He became aware of serious shortcomings in Australia’s rainfall data compared to Europe and the US, where records go back hundreds of years.

When modelling the impacts of likely rainfall extremes, plus tropical storms possibly trending further south with climate change, engineers realised much of Australia’s water infrastructure was under-designed. A subsequent national inquiry led to most major dams across Australia being made higher.

During this period, in the 1980s, Canterford was a lead author of a seminal engineering document, Australian Rainfall and Runoff, a national guideline for incorporating flood characteristics into infrastructure design.

“When I was responding to the 2011 floods in Queensland, that document was still guiding civil engineering 25 years later. It’s been a major contribution to society and to engineering and is probably one of my career highlights.”

In the 1990s, Canterford oversaw a major radar upgrade, including Australia’s first high-resolution Doppler radars that measure the speed and direction of wind and rain. A network of automated weather stations with laser cloud sensors was also established.

Canterford is now retired from his position as the BOM’s division head in charge of hazard services, but he continues to consult for the Intergovernmental Oceanographic Commission of UNESCO, the World Meteorological Organization and the World Bank.

He works with small island states in the Pacific, and West Africa coastal communities, helping them prepare for inundation from rising sea levels and more frequent extreme weather events.

Looking back on his Monash years, he remembers being told that science would provide a solid foundation in whatever field he pursued.

“They were right, and I have never forgotten that,” he says.

"Science disciplines your understanding and way of analysing – and it provides a great opportunity to contribute to society."

While Canterford has always been determined to be part of a team, he nonetheless says there is a responsibility to stand up when called: “When people and communities need to be warned that the car – be it a weather or ocean emergency or climate change – is headed for the cliff, you have to stand up. As a scientist you cannot back away.” 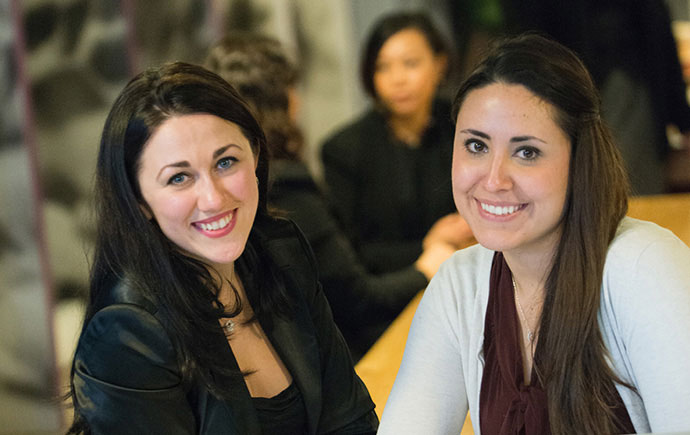