Fresh lessons from the Fruit Nerd

Thanh Truong reveals how his personal passion blossomed into a fruitful career.

How do you tell if an avocado is ripe? Or if a mandarin is juicy?

Self-professed fruit nerd and Monash alumnus Thanh Truong is on a mission to teach us about fresh food – from how to choose the best fruit at the supermarket, to salvaging the neglected produce growing in our backyards.

Thanh Truong ate an avocado every day for a year for the good of Australia. He tested different varieties for taste, water and oil content and nuttiness. He experimented with the best way to check for ripeness and the effect of shape on taste (fun fact: a round avocado is generally richer and oilier than a more elongated one).

The fruit of his labours, a three-minute avocado tell-all for ABC Australia’s Facebook and YouTube, has reached millions of views – as have his videos about mangoes, soft herbs and storing fruit.

His advice on choosing mandarins (hint: lighter-weight fruit indicates dryness) was even picked up by The Daily Mail, where it ran alongside the tabloid’s celebrity coverage.

As the former national supply manager of avocados, kiwifruit and organics for Coles supermarkets and current director of his family’s wholesaling fresh food business, there’s not a lot Truong doesn’t know about fruit and vegetables.

And as the self-styled ‘Fruit Nerd’, known for his trademark fruit and veg-themed shirts (at last count he had more than 40 in his cupboard), he has found a unique niche in the busy Australian food media landscape.

After appearing on reality TV programs including SBS’s The Chefs’ Line and Channel Seven’s Plate of Origin, his public persona as an authority on all things fresh now extends to regular appearances on ABC TV and radio, as well as collaborations with organisations including VicHealth and a campaign titled The Great Backyard Fruit Salvage.

“When I was younger the only person I could really relate to was Con the Fruiterer,” says Truong, who returned to his alma mater in early 2021 to deliver a graduation ceremony address to newly minted alumni.

“I’m motivated to help people make really good choices with the food they buy. My motto is that at the heart of good food is good produce. I want to educate the next generation not only about cooking but also choosing fruit and veg – I want them to be as excited about produce as I am.”

A career in food

So, are fruit nerds born or are they made? Evidence for the former comes from Truong’s fruiterer parents. Arriving in Australia as Vietnamese immigrants, Truong’s parents founded Aus Asia Produce,the country’s largest importer of fresh Asian fruit and vegetables.

The 33-year-old may have grown up walking down grocery aisles, but the industry initially held little allure. “The hours you work… I saw my dad wake up and go out to the market at 2am,” he says.

A Monash arts and commerce degree was intended to lead to a career in the finance industry, but a short stint as an accountant proved unfulfilling. A graduate program with Coles proved a serendipitous twist of fate.

“That’s where I discovered my love of food,” he says. "Coles allowed me to see the back end of food – the analytics of it all, how it’s chosen, marketed, stored and sold.

All people have a nostalgic connection to food, but studying food and being in the industry is very different to being a consumer. For me, it was an epiphany.

After several years with the retail giant, he became the person responsible for buying $50 million worth of avocados and $30 million of kiwifruit every year. “I had to declare a conflict of interest on one of my first big contracts because Australia’s largest kiwifruit supplier was my dad’s best friend,” he laughs.

Truong speaks about fruit and veg with the poetic fluidity of a wine judge on chardonnay. Take his favourite fruit, the cherry:

It has so many different components. It needs to be textural – that crunch is essential – and the best cherries are sour and sweet at the same time. They have an ephemeral nature based on terroir. "

October 2021 saw the launch of his Great Backyard Fruit Salvage, which aims to save fruit growing in gardens around Melbourne from rotting. First cab off the rank was the loquat, the tree-grown orange orbs with a similar taste to apricots, beloved by the Chinese but underappreciated in Australia.

The program saw Truong offering to buy the fruit from backyard growers at a premium to circulate them in the market. As well as saving the fruit from going to waste, he  donated 10 percent of profits to food rescue charity OzHarvest.

There is plenty of fruit in people’s backyards that’s not being eaten," he says. "Lemons, apples and feijoas should be a resource that is used and celebrated.

For this Fruit Nerd, the future is ripe. He has a TV program percolating, and a Master of Food Systems and Gastronomy at William Angliss Institute nearing completion. In addition, there are more videos to record while also navigating Aus Asia Produce through the end of the pandemic.

“I’m really proud of getting through this difficult time without losing a single staff member. We serve 80 percent of Chinatown restaurants, and they were just decimated, but over the past few years we innovated by packing for an online trade. That served us well.”

And just for the record, he’s not sick of avocados. “If you eat good fruit, you’ll never get sick of it,” he says. “That’s my mission – to make sure it’s always good.” 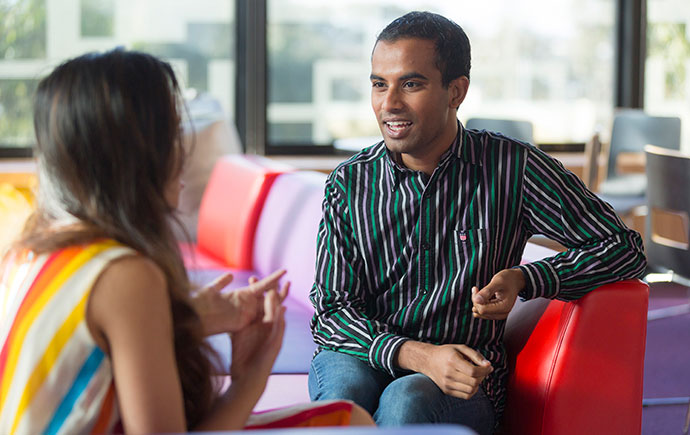