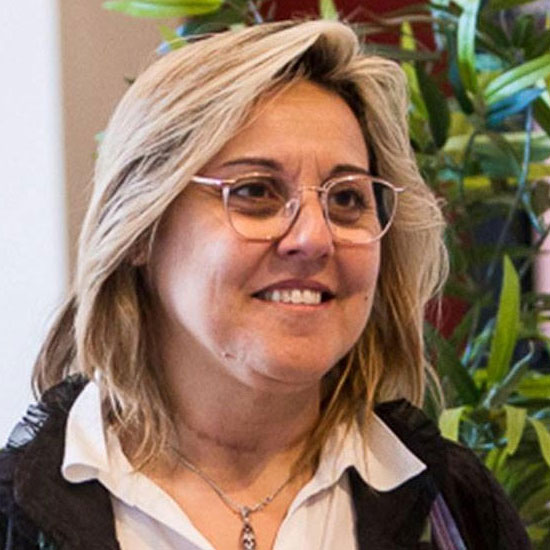 Maria Dimopoulos is nationally and internationally recognised as an expert specialising in the intersections of diversity, gender equality and the law.  She is an outstanding communicator and facilitator and possesses an extraordinary ability to captivate her audience.  She has had extensive experience in policy formulation for the Government sector, research for social planning and in community education.

Much of Maria’s work has been aimed at promoting and enhancing a gendered approach in the ongoing complex legal and political reform processes and in ensuring the meaningful inclusion of diverse women’s voices and perspectives in those reform processes.

Maria’s expert contributions have included knowledge provision and advisory roles in gender justice, advocacy, bridging and supporting participation in mainstream processes, coordination, capacity-building, and piloting innovative projects. In 2008, she was appointed by the Federal government to the National Council to Reduce Violence Against Women and their Children. The Council provided expert advice to Government on reducing the incidence and impact of domestic and family violence and sexual assault on women and their children and was tasked with the development and distribution of a National Plan of Action. In 2012 Maria was appointed by the federal Minister for Multicultural Affairs to the Access and Equity Inquiry panel to conduct an inquiry into Australian Government services to ensure they are responsive to the needs of Australians from culturally and linguistically diverse backgrounds.

Maria has undertaken extensive sensitive research with a range of diverse communities and organisations and has had research published in a range of professional publications and peer reviewed journals including the Feminist Law Journal, Family and Domestic Violence Clearinghouse, and the Australian Institute of Criminology. She has also co-authored the book ‘Blood on Whose Hands’ – the Killing of Women and Children in Domestic Relationships.

Maria’s collaborative approach to working across sectors and within diverse immigrant communities has made significant contributions to the design and delivery of violence prevention strategies that recognise the complex dynamics of violence against different groups of women, including those who are newly-arrived, from well-established communities, in precarious employment, or from visible minority groups.

Maria was also the inaugural Chairperson of the Harmony Alliance -  Australia’s national coalition of migrant and refugee women and a member of the National Women’s Alliances.

In 2020 Maria was the recipient of Member (AM) in the General Division of the Order Of Australia for significant service to women, to cultural diversity, and to the prevention of domestic violence.

In 2017 Maria was presented with the Lifetime Achievement award by the Migration Council of Australia for her tireless devotion to Australian multiculturalism and support for Culturally and Linguistically Diverse women.

In 2002, Maria was inducted into the Victorian Honour Roll of Women.

Maria is also a recipient of an Amnesty International Human Rights Award for her work on the legal and human rights of women from culturally, religiously and diverse background and was selected to participate in a Global Leadership Course offered to a select 20 people from around the world at Rutgers University, New Brunswick, NJ USA (2001).