Alumna Dr Jennifer Strauss AM (PhD Arts 1992) has been championing the education and scholarship of women since 1956 through her work with the Federation of Graduate Women (AFGW) and Graduate Women Victoria. "I was initially inspired to join what was then called the Australian Federation of University Women-Victoria by indignation," Dr Strauss said.

"Back in 1956 - despite my First Class Honours and Exhibition in English Language and Literature - I was told by my Professor that it was no use my applying for the University Travelling Scholarship as 'they wouldn't give it to a woman'.

"So I was attracted to AFUW-Vic by its program of scholarships for women, but also by its mission to support the access to tertiary education for women and their right to use that education not only for their personal fulfilment and financial security, but for a participation in public life that would lead to a society that was more just and peaceful."

"My whole life has been shaped by my acceptance into University. As the daughter of a failed dairy farmer down in the Western District, I could never have done it if it hadn't been for the introduction of the Commonwealth Scholarship scheme in 1951."

"The coming of feminism in the 1960s and 70s only strengthened my conviction that women needed support in their education and careers."

"I've always believed that I was privileged to receive my education on public money and therefore I should give something back in public service. An organisation devoted to furthering the academic aspirations of young women seemed a logical place to go."

"The problem is that education, especially at tertiary level is expensive. Women in general simply have fewer resources with which to meet that expense."

Because of this, Graduate Women Victoria decided some years ago that it would use the Trust Funds it has placed with the Australian Communities Foundation to provide a suite of scholarships and bursaries where the criterion of disadvantage counted equally with academic merit.

In 2013, 14 such awards were made and each recipient attended a presentation day during which she spoke about her educational journey.

"It is a very sobering experience to hear an obviously intelligent, capable woman say that a modest bursary of $2000 means that she will not need to withdraw from her university course, because now she can afford to run the car that she must have (in the absence of public transport) to get her to university to complete her degree."

"I want to make a difference; a difference to the individual women (younger and older) who are supported by our scholarships, but also to education policy generally and to social justice."

Dr Strauss provides this advice to others considering getting involved in their community: "Get involved with organisations that will ultimately help people to help themselves. Take action because you understand that a society with enough people who do so has a chance of being the just and sustainable one that you want for yourself and those you love." 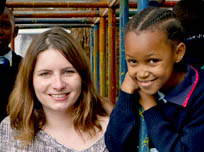 Anna Richardson has given up the familiar comforts and cultural norms of home for a new and exciting challenge, volunteering at The School of St Jude in Tanzania - a charity funded school that provides free primary and secondary education to more than 1650 children in the Arusha region, Tanzania, East Africa. A former senior consultant at Lonely Planet, Anna has been volunteering in the role of HR Manager at St Jude's since April 2013. Her love affair with Africa began when she visited South Africa in 2011 and she was determined to return to the continent in a longer term capacity. She heard about the school from an Australian lady in Zambia and knew she wanted to become a part of it.

"When the HR Manager role came up, my decision was easy; it was a rare opportunity that doesn't come along too often," Anna said. "It is one that combines the opportunity to further develop my career but it is also about helping such a wonderful project at an exciting stage of its development. I love being at St Jude's."

Anna oversees 450 staff members and manages the school's HR strategy, policies and processes. She is also involved in the recruitment of 150 new students every year. Anna has no plans to return home any time soon. "The infectiousness of the people is hard to ignore," she said. "While there is obvious poverty, people get by with a simplicity and appreciation for life that I really admire and respect." Despite his high-flying corporate career Dr Paul Steinfort has volunteered since the 1970s helping rebuild disaster-ravaged communities in Pakistan, Indonesia, India, Japan, New Zealand and Australia. He counts working to rebuild Banda Aceh after the 2004 Boxing Day tsunami as among his greatest achievements. Read his story. 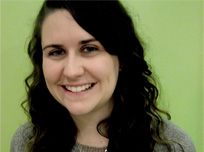 "I was always told that I should volunteer because it would look good on my resume. However when I finally got involved in volunteering in 2010 I quickly realised that the value of doing volunteer work comes from many other aspects. Putting a gold star on your CV is the least of them.

"I have continued to volunteer to this day, not because I think it will help my future employment opportunities but because of the way volunteering enriches my life and the lives of the people I volunteer with and for. The feeling of happiness I experience after a few hours volunteering is one I don’t experience anywhere else.

"I studied Gender Studies at Monash and got my first volunteering job at the Women’s Information and Referral Exchange (WIRE) in the heart of Melbourne teaching computer classes to women with little to no knowledge of computers.

"After finishing university I moved to Berlin, Germany where I now live. I continued my volunteer work here, first as a child care worker at a refugee home and later tutoring a young refugee in English for his high school exams.

"Strangely enough, working for no money makes you eager to work harder, put in longer hours and achieve more. You’re doing the work because you want to and because you realise the good it does, not because someone else is paying you to do it.

"Most of the time the influence of your volunteer work is almost immediately visible. You can see it in the smiles on the faces of the people you’ve helped, sometimes all on your own. I have met young refugee children who come to the refugee home completely bewildered, scared and withdrawn speaking no German or English. I have watched as those children spend at least one evening a week with me playing, creating, laughing and smiling.

"One of the proudest moments of my life was the last day of a woman’s computer course at WIRE. She had never used a computer before in her life, but that day came into the centre and showed me an email exchange she had been having with her daughter overseas and pictures of her grandchildren on Facebook.

"I plan to continue volunteering wherever I am in the world. I have had so much luck in my life that it is important for me to give back and help people who have had less luck than me in whatever ways I can, small or large." 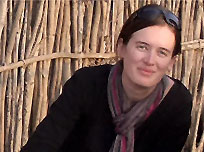 After spending three months volunteering in a remote village in Nepal in 2010, Dr Calida Neal launched her own charity 'Children's Welfare Organization of Nepal' (CWON). The majority of CWON's work is focused on a village called Jutpani, in the Chitwan region of the country.

The residents of Jutpani settled seven years ago after being displaced from their former homes in the mountains by the decade long Maoist insurgency that ran in Nepal from 1996-2006. The 700 families in this village are in the process of rebuilding their lives.

CWON has established a volunteer program that sends groups of students to rural Nepal each year to conduct health and hygiene training. The pinnacle of this work is a major heath camp that employs local doctors and nurses to provide free medical care to more than 400 people who would otherwise have not been able to afford it. In 2013  the team has so far restored the sight of three elderly residents and funded five other life-saving surgeries.

CWON has also raised money for major infrastructure projects including an aquaculture system and a deep-water well. This essential water supply will change the lives of the villagers, providing water for their domestic and agricultural needs. 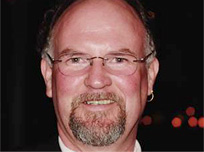 "Paid work so often provides the bread and butter, but volunteer work provides the jam and cream. I look forward to many more years trying to make a difference for those without a voice."

"I have been a volunteer for more than 40 years – on farms as a secondary student and on archaeological digs in Victoria and digs in Queensland as a university student. By accident - literally a broken back that curtailed my sporting activities - I became involved in the Public Sector Union and soon after in the community sector where my awakening interest in industrial psychology and social justice opened new doors for me.

"But the thing that got me really going was a short brainstorming session with the Australian Institute of Management Learning Circle in 2000. We considered how we could give back to the ACT community that had given us so much and someone mentioned volunteering with a community group. I served on the boards of the Canberra Hospital Auxiliary and the ACT Deafness Resource Centre, then moved my focus to community development. I volunteered with Australian Business Volunteers (ABV) in the Cook Islands and the Kingdom of Tonga, and was elected to the Board in 2008 ultimately serving as Chair.

"I also volunteered with Indigenous Community Volunteers in the Eastern Goldfields of Western Australia, the cotton country of South Western Queensland and with Indigenous Artists in the ACT. I am currently Board Secretary of RESULTS International – an organisation committed to creating the public and political will to end global poverty." Two years ago Aditia Sudarto together with a group of seven other fathers started a volunteer advocacy group in Indonesia to support a mother's right to breast feed her baby. Professional women in cities such as Jakarta are encouraged to use baby formula.

The group have compiled a book about the common issues men face in supporting their wives to breast feed their children, each writing their own chapter. Aditia's story discussed dealing with nurses who championed baby formula while his wife was experiencing postpartum depression.

To get the book published was the next challenge. Aditia started a Twiter account with the aim of attracting 3000 followers in one week; the group reached their goal and some in only three days. The book was launched in mid 2012 and sold out it three weeks. It is now in its fourth print run. The royalties from the book have been donated to the Indonesian Breastfeeding Mothers' Association.

The group's Twitter account has gone from strength to strength now attracting more than 72,000 followers. New regional groups have started throughout Indonesia. During a blackout in early 2013 the group mobilised their followers to make fridges available as temporary storage for frozen expressed breast milk. The response was tremendous.

"It was a moving moment because two years ago I never imagined that what started in light conversation over coffee could affect so many people and couples," Aditia said. 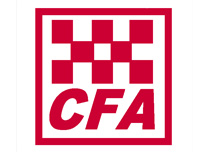 Catherine McLeod started volunteering with the Country Fire Authority (CFA) when she moved to the Warrandyte area eight years ago.

Originally signing on to provide community education through CFA's 'Brigades in Schools' program, Catherine has since gone on to achieve both wildfire and structure fire qualifications and has obtained her truck licence.

Catherine is able to use her Linguistics degree from Monash in engaging with an increasingly culturally diverse community in the Manningham area.