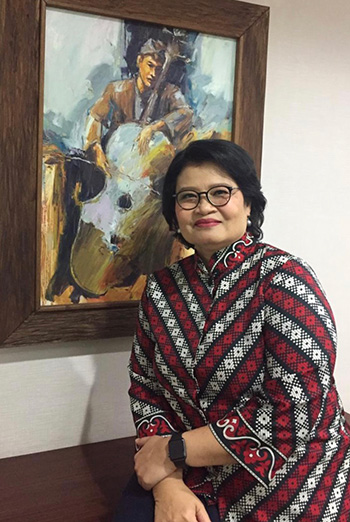 Prior to her current position as Senior Advisor to the Foreign Minister on Social Culture and Indonesian Diaspora, Ibu Dewi was the Consul General of the Government of the Republic of Indonesia in Victoria and Tasmania. She was the Director of East Asia and Pacific Affairs at the Indonesian Ministry of Foreign Affairs from 2010-2014. There she was in charge of Indonesia's bilateral relations with 30 countries in the Asia and Pacific Region.

She had been a member of delegations during state visits by the former President of Indonesia, President SBY and former Foreign Minister, Marty Natalegawa among others to China, Japan, South Korea, Mongolia, Australia, and ASEAN countries.

Ibu Dewi has been member of delegations for the Republic of Indonesia at many international conferences. Topics include: international economic affairs, climate change, sustainable development, multilateral environmental agreements and women.

Before joining the Ministry of Foreign Affairs, Ibu Dewi worked as a journalist at leading English newspaper The Jakarta Post. She completed her postgraduate degree at Monash University and a fellowship to the Australia and New Zealand School of Governance.