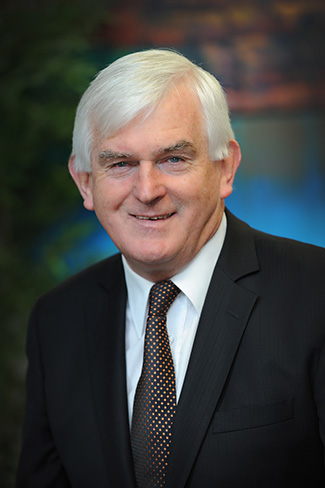 John Mooney began his career in education in 1966. His first six years of teaching were in Victorian rural schools.

In 1974, he commenced studies in special education at Monash. In 1976, he took up the inaugural executive officer role at the Krongold Centre at Monash. In 1982, he was awarded the Commonwealth Relations Trust Open Fellowship at London University.

As well as undertaking fellowship duties, John completed his MA studies in educational psychology. Since returning to Australia in 1984, he’s been principal of three specialist schools in Frankston, as well as Ashwood and Emerson School in Dandenong.

On Australia Day in 2014, John was awarded the Public Service Medal (PSM) for his contributions to education and students with disabilities.