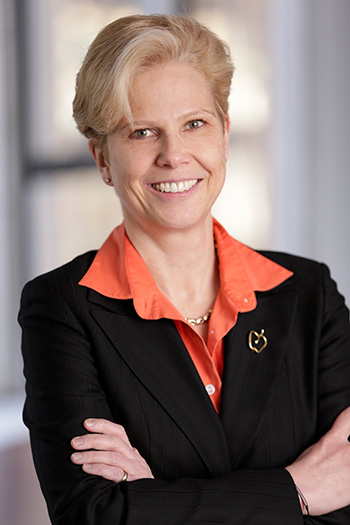 Caroline Angoorly is a senior executive in the energy and sustainable infrastructure sectors. She has a standing passion for earth sciences.

Caroline recently returned to GreenTao after more than five years as founding chief operating officer of NY Green Bank. There she was instrumental in the establishment of a US$1 billion state-sponsored investment fund focused on clean energy.

NY Green Bank has now invested more than US$780 million. As COO, Caroline was a senior member of the executive team and responsible for establishing, implementing and constantly evolving finance, strategy and operations. She also played a leadership role at the New York State Research and Development Authority, which manages the US$5.3 billion Clean Energy Fund. There she was a mentor and founding chair of the organisation’s diversity and inclusion initiative.

Caroline’s career path joins the dots of varying roles and geographies: solicitor and senior associate with Ashursts in Melbourne; attorney with Pillsbury in San Francisco; partner at international firm Milbank in Singapore and Hong Kong; and CFO of a business-to-business e-commerce startup in Los Angeles.

After executive stints at EnelGreenPower as general counsel and NRG Energy, where she was deeply involved in energy project development, finance and mergers and acquisitions – Caroline was recruited by J.P. Morgan to be the head of environmental markets, North America.

Caroline’s experience also includes being a director of publicly-traded Sorbent Technologies, focused on scrubbing harmful emissions from industrial flue gas, as well as on the board of advisors to Turning Earth, an organics recycling and energy company, and Third Power, an energy storage company. the senior energy expert to The Gail Fosler Group, an international economic strategy, advisory and markets analysis firm.

In 1999, Caroline received the John Clemenger Memorial Medal from Melbourne Business School as top of her MBA class. She’s been named in the Leading Lawyers Survey in Asia for her project finance expertise (2000), and Breaking Energy’s New York Energy Financiers Top 10 (2015). She’s also a recipient of Women of Renewable Industries & Sustainable Energy Honors in Clean Energy Finance (2018). In 2018, she was also named to Crain’s New York Inaugural List of Notable Women in Finance.

Since 2001, New York City has been Caroline’s home, and in 2010 she became a US citizen. When not working on energy initiatives and projects, she enjoys photography, cycling and spending time in New York’s Hudson Valley. She still loves rocks.