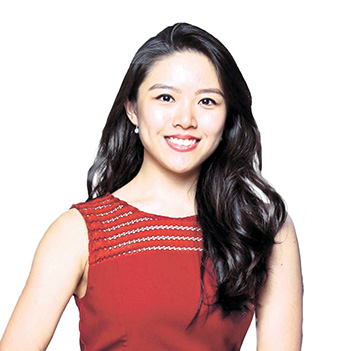 Kimberly Wan Mei Wah is the co-founder and CEO of Otomate Me – a Kuala Lumpur-based communications automation software-as-a-service (SaaS) company. The organisation equips businesses with the tools to send critical, personalised, value-nurturing messages and attachments via email and WhatsApp to build long-term, profitable relationships with customers.

Since its inception, Otomate Me has been selected to participate in, and has graduated from, government-backed accelerators such as the Cyberview Living Lab Accelerator (CLLA) by Cyberview, and the Global Accelerator Program (GAP) by the Malaysian Global Innovation and Creativity Centre. Otomate Me was one of 57 startups selected out of 947 global applicants.

When she’s not building the business, she trains and represents Malaysia as the leading defender in the national women’s ice hockey team. Kimberly’s interest in ice sports began 20 years ago when she started figure skating. In six short years, she became Malaysia’s top female figure skater by being the only female figure skater to pass Freestyle 9. This accomplishment earned her a Malaysia Book of Records accolade as the “Youngest Female to Achieve the Highest Skating Level in Malaysia” – a record that remains unbroken.

Over the years, Kimberly excelled in ice sports and transitioned into the world of ice

hockey. She took on multiple roles, including scorekeeper and as Malaysia’s first woman-fficial linesman.

In 2016, Kimberly was selected in the national women’s team, representing her country in the WCCOA in Taiwan, Thailan, and Malaysia.

She now balances her professional and athletic careers as she strives for greater heights.