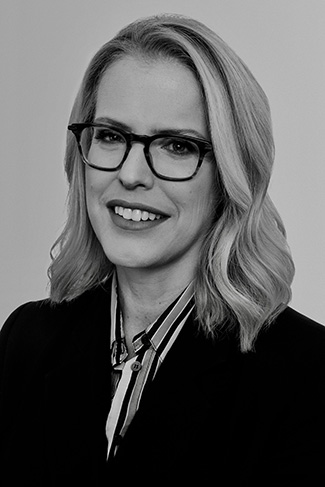 Marlo Baragwanath graduated from Monash University in 1996 with a Bachelor of Arts and Bachelor of Laws (Honours). She completed her articles in 1997 at Mills Oakley Lawyers, and then worked in the commercial dispute resolution team at Phillips Fox.

It was at this point that Marlo felt the urge to set her sights further afield. She went to London and joined the legal team on the Bristol Royal Infirmary Inquiry that investigated the deaths of 29 babies who underwent heart surgery at the Bristol Royal Infirmary in the 1980s and 1990s. The inquiry examined Britain's National Health Service (NHS), addressing issues of clinical safety and accountability, and the rights of patients. The inquiry's report made a number of recommendations for reform of the NHS.

While working on the inquiry, Marlo developed a passion for policy, and in 2001 obtained a Master of Public Administration and Public Policy from the London School of Economics.

After returning to Australia, Marlo held roles at the Victorian Ombudsman and the Department of Justice, where she was involved in significant reforms to the regulation of the legal profession and the Wrongs Act.

In 2004, she took a role at WorkSafe, where she remained until 2014. Marlo initially led WorkSafe's policy function, but she was promoted to general counsel in 2006, and over time came to be responsible for corporate legal services, dispute management, investigations and enforcement, legislation and legislative policy, risk management and board support. She was eventually responsible for a team of nearly 200.

In 2014, Marlo took a role at the Victorian Building Authority, where she was responsible for legal services, communications, governance and board support. In late 2016, she was the first woman to be appointed the Victorian Government Solicitor, and is the primary source of legal advice and litigation services for the Victorian government and its independent statutory authorities and agencies.