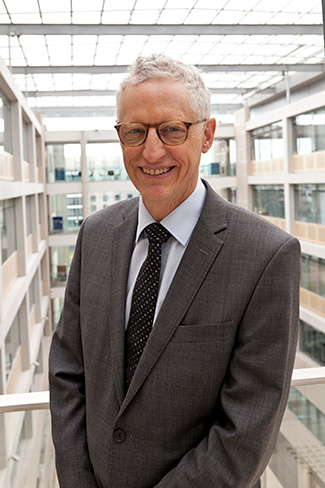 Dr David Gruen was appointed Australian Statistician on 11 December 2019. As Agency Head, he is accountable for the functions and operations of the Australian Bureau of Statistics, which is responsible for producing Australia’s official economic, social, environmental and demographic statistics.

The past year has been a busy one for Dr Gruen as the Australian Bureau of Statistics introduced a range of new products to provide high-quality statistical information on community and business responses to the rapidly evolving impacts of the COVID 19 pandemic and governments efforts to ameliorate those impacts. The coming year will see the introduction of further new statistical products as well as the five yearly Census, to be conducted in August 2021, where we all get to play our part.

Dr Gruen was previously the Deputy Secretary, Economic and Australia’s G20 Sherpa at the Department of the Prime Minister and Cabinet (PM&C), where he was responsible for providing economic advice and support to the Prime Minister.

Before joining the Department of PM&C in September 2014, he was Executive Director of the Macroeconomic Group at the Australian Treasury, where he was responsible for providing macroeconomic advice to the Treasurer, including the economic forecasts that underpin Federal Budgets.

Dr Gruen joined the Treasury in January 2003, before which he was the Head of the Economic Research Department at the Reserve Bank of Australia from 1998 to 2002.

Before joining the Reserve Bank, Dr Gruen worked as a research scientist in the Research School of Physical Sciences at the Australian National University.

With financial support from a Fulbright Postdoctoral Fellowship, Dr Gruen was visiting lecturer in the Economics Department and the Woodrow Wilson School at Princeton University from August 1991 to June 1993. He holds Doctor of Philosophy degrees in physiology from Cambridge University, England and in economics from the Australian National University.

Dr Gruen has a Bachelor of Science (Honours, First Class) with a major in Physics from Monash University.