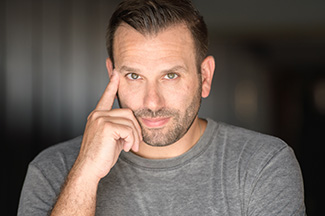 Dr Ori Allon is a technologist and entrepreneur who, throughout his career, has built software-driven businesses that generate personalised experiences for the everyday consumer. In 2012 he co-founded Compass, the real estate technology company, where he currently serves as Executive Chairman.

Recognising the dire need for digitisation in the real estate industry, Dr Allon and his co-founder Robert Reffkin built Compass by investing in tools and technology for the real estate industry. Headquartered in New York City, with engineering hubs in several major cities, Compass is now the technology leader in real estate. The Compass platform acts as an operating system for real estate brokers, improving their productivity and helping them manage their business more effectively. Compass’ continual investment in the success of their customers has led to rapid growth – the company is now the largest independent real estate brokerage in the United States.

In 2010 Dr Allon founded Julpan, a startup that analysed social media activity across multiple platforms to deliver fresh and relevant content to users. Julpan was acquired by Twitter in 2011, while the company was still in its early stages. Post-acquisition Dr Allon served as Director of Engineering at Twitter, overseeing the Julpan integration. Julpan’s software remains a foundational component of Twitter search and continues to help users search for related tweets to this day.

Prior to Julpan, Dr Allon was a doctoral candidate at The University of New South Wales. During his time there he developed Orion, a search engine that dramatically improved upon existing standards for search results. Orion was acquired by Google and post-acquisition Dr Allon led the integration of his product into Google search.

Along with being an avid entrepreneur, Dr Allon is an enthusiastic investor. He has invested in a variety of early stage companies, and owns several notable New York City establishments.

Dr Allon holds Bachelor of Computing and Master of Information Technology degrees from Monash University and a Doctor of Philosophy in computer science from the University of New South Wales.