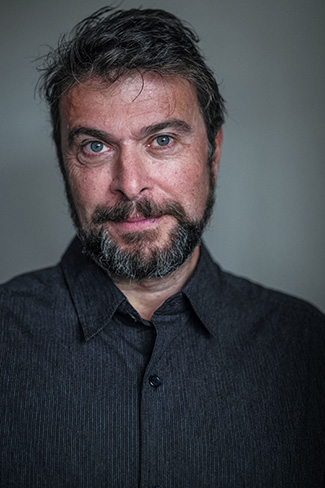 Mr Charles Caldas is a partner in Exceleration Music, a new-generation global music company investing in the future of independent labels and artists, as well as a strategic advisor to organisations navigating the next phase of the evolution of the global digital entertainment marketplace.

Before that, Mr Caldas served as the London-based Chief Executive Officer of Merlin, the global digital rights agency representing the world’s most important independent music companies for 12 years, from the organisation's inception until he stepped down at the end of 2019. Merlin played a pivotal role in helping independent labels and artists around the world navigate the seismic shift brought upon by the emergence of disruptive digital platforms.

Under his leadership, the organisation grew into a global force in digital music, striking landmark deals with major digital services including Spotify, YouTube, Tencent, Facebook, Pandora amongst many others. Under his leadership, Merlin paid over US$2.5bn to its members who represent over 20,000 independent record labels and distributors from 62 countries across the globe, commanding a share in excess of 12% of the global and US music markets, the most valuable basket of rights outside the multinational major labels.

Mr Caldas was twice featured, in 2018 and 2019, in the Billboard Magazine Power 100, recognising the world’s 100 most influential music industry executives as well as the Billboard International Power List in 2014 and 2017. Other industry awards include the "Outstanding Contribution Award” by pan-European music body IMPALA, the UK Association of Independent Music "Indie Champion", STOMP Netherlands "Independent of the Year" and the AMAEI (Associação de Músicos Artistas Editoras Independentes) Portugal "Outstanding Contribution Award”.

Mr Caldas started his career in Melbourne as Chief Executive Officer of the Shock Entertainment Group, Australia’s largest music distributor representing the world’s leading independent labels in that market. He also played in Melbourne bands ‘These Future Kings’ and ‘Gothic Farmyard’, both of which were spawned during his days at Monash University, and neither of which prevented him needing to find a real job.

Born in Africa of Portuguese parents, Mr Caldas migrated to Australia with his parents in 1977 on an assisted migration scheme, initially living close to Monash University at the Enterprise Migrant Hostel in Springvale. Mr Caldas and his lifelong partner Clare are very proud parents to two adult children, Julieta and Edson.

Mr Caldas has a Bachelor of Arts from Monash University.