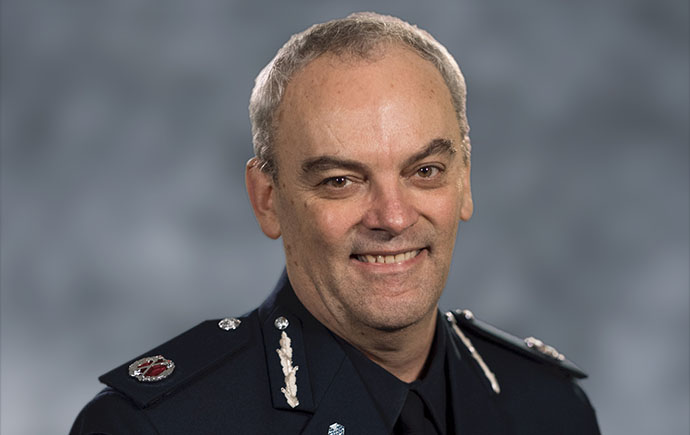 Assistant Commissioner Kevin Casey APM was appointed to lead the People Development Command on 25th August, 2013. This Command is based at several locations including the iconic Glen Waverley Police Academy and the Airlie Leadership Centre at South Yarra and various operational safety tactics and driver training venues across the state.

Assistant Commissioner Casey has more than 40 years’ service across Victoria Police, with a background working at Crime as a general and specialist investigator, including the Homicide Squad and Taskforces as well being an Instructor at the Detective Training School.

Assistant Commissioner Casey also has extensive leadership experience across a broad range of senior management commands and departments and a well-rounded career at the corporate level of the organisation, having previously performed duty at Ethical Standards, Education, Community and Cultural Division, Road Policing and Corporate Strategy and Governance.

Operationally, Assistant Commissioner Casey has been a Divisional Commander at a number of busy inner metropolitan police areas. He has led major police operations at inner entertainment precincts as well as being the Police Commander at the Australian Formula One Grand Prix and for a recent visit by the United States Vice-President.

As Assistant Commissioner for People Development, Assistant Commissioner Casey is responsible for the training and development of a large number of police, protective service officers and specialists for Victoria Police. In 2014, the Academy hosted the largest ever contingent of recruits in training in Victoria Police’s history. From 2017, for the next four years it is expected that 4000 foundation level recruits will be trained.

Assistant Commissioner Casey has several post graduate qualifications and a Masters of Education (Policy, Leadership and Change) from Monash University. He was awarded the Australia Police Medal in the 2015 Australia Day Honours list.