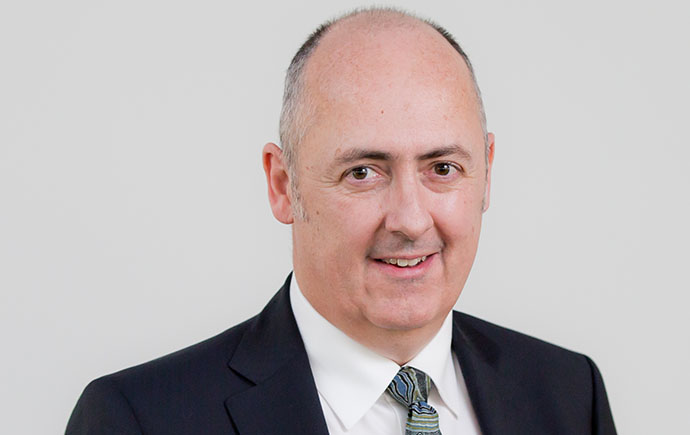 Dr Lachlan Strahan is the First Assistant Secretary of the Multilateral Policy Division in the Department of Foreign Affairs and Trade (DFAT), leading the UN, Commonwealth, conflict prevention and peacebuilding, gender equality, international indigenous and human rights teams. He is also a Senior Advocate for the Indigenous Employees Network and a Senior Straight Ally supporting his LGBTI colleagues.

Dr Strahan attended Princes Hill High School and then completed a Bachelor of Arts (Honours) at The University of Melbourne in 1987 and a Doctor of Philosophy in History at Monash University in 1993. He taught Chinese politics and history at several universities in Melbourne and joined DFAT in 1993 as a graduate trainee. In DFAT in Canberra over the next two decades, he worked on Russia and China policy, managed the chemical and biological weapons section at the time of the September 11 attacks and ran the public diplomacy, South Asia and Pacific regional branches.

Dr Strahan has served in Australia’s diplomatic missions in Germany, South Korea and India. He covered North Korea from Seoul, 2002 to 2005, visiting Pyongyang during a bitter winter in 2003 when the DPRK left the Nuclear Non-Proliferation Treaty. As Australia’s Deputy High Commissioner to India, 2009 to 2013, he led Australia’s security and safety response during the 2010 Delhi Commonwealth Games and coordinated Oz Fest, Australia’s biggest ever cultural promotion in India in 2012 to 2013.

Dr Strahan was an assistant secretary in the International Division at the Department of the Prime Minister and Cabinet (PM&C), 2013 to 2015, managing our relations with the Middle East, South and South East Asia, the Americas and the Pacific. In 2014, during his time in PM&C, he played a central role in developing a $600 million counter-terrorism package after ISIL conquered Mosul. Dr Strahan also coordinated the search for missing Malaysia Airlines flight MH370, for which he received two excellence in leadership awards.

Dr Strahan has published two history books, Australia’s China: Changing perceptions from the 1930s to the 1990s (1996 and 2010) and Day of Reckoning (2005), which was shortlisted for the 2006 New South Wales Premier’s Australian History Prize, and several articles, including ‘Fathers and Sons’ (Meanjin 2006). He is married to Lily Petkovska and has two children, Joschka and Katya and is an inveterate Carlton supporter