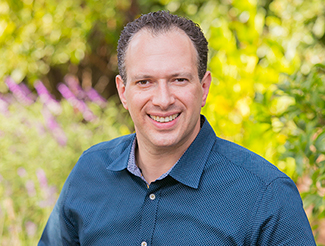 Mr Ben Werther was the Founder, CEO and Executive Chairman of Platfora, a Big Data Analytics software company that he founded in Silicon Valley in 2011. Over the next five years, Platfora grew to be acknowledged as a leader of this new category, raised $96m of venture capital, and acquired as customers some of the largest banks, retailers and media companies in the USA and Europe. In 2016 Platfora was acquired by Workday, one of the world’s largest cloud software companies, and the Platfora product became a central pillar of their platform. Mr Werther is now working on his next startup company, with details to be revealed in 2019.

Mr Werther has a passion for high-tech entrepreneurship and the art and science of creating great technology products and business-focused software companies that matter. He is generally a technology optimist and believes that on balance new technologies will continue to change our society and lives for the better. However, there are dangers, and he believes that the tech industry needs to take a more active role in looking ahead and steering towards the most beneficial outcomes.

Prior to Platfora, Mr Werther held leadership roles at leading software companies including Greenplum (acquired by EMC), Microsoft and Siebel Systems. His core expertise is in software product management – i.e. guiding every step of a product’s strategy and lifecycle to ensure that the product that gets built fits the market and will delight customers.

Mr Werther holds a B.Comp(Hons) from Monash University and a M.S. in Computer Science from Stanford University. At Stanford he was a PhD candidate in the Operating Systems group where his research focused on complete machine simulation techniques for studying system performance.