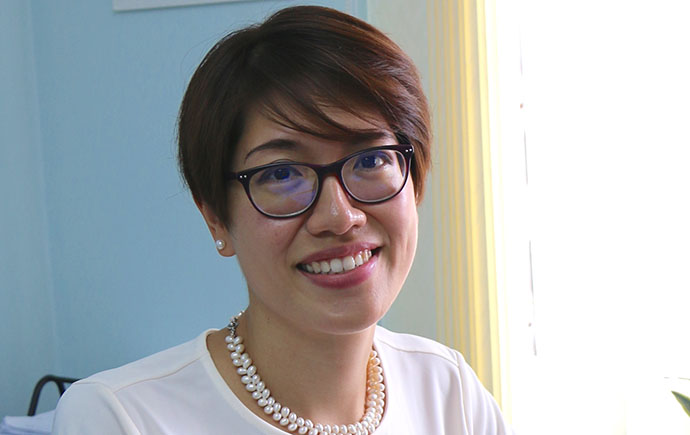 Ms Tricia Yeoh is a doctoral candidate in Political Science at the School of Politics, History and International Relations at the University of Nottingham in Malaysia. She was also recently Chief Operating Officer of IDEAS (Institute for Democracy and Economic Affairs), an independent public policy think tank.

She has served as Research Officer to the Selangor Menteri Besar in the Selangor State Government, Research Director of Institut Rakyat (a think tank linked to Parti Keadilan Rakyat), and Director of the ASLI Centre for Public Policy Studies. Ms Yeoh is a regular columnist at the Sun, and has also written for both the Penang Monthly and Selangor Times. She writes on politics, public policy and socioeconomic issues regularly, and has delivered various presentations via national and international platforms. Her comments have been quoted in The Economist, Bloomberg and the International Herald Tribune.

Qualified in Econometrics and Marketing from Monash University, she holds a Master of Science in Research Methods in Psychology from the University of Warwick. She is co-editor of “The Spirit of Merdeka”, editor of “The Road to Reform: Pakatan Rakyat in Selangor” and author of “States of Reform: Governing Selangor and Penang”. Her documentary, “The Rights of the Dead”, which tells the story of Teoh Beng Hock who died in 2009 while in the Malaysian Anti-Corruption Commission’s custody, won the Justin Louis Award at the Freedom Film Fest 2012 and was selected for screening at the 9th Aljazeera International Documentary Film Festival 2013 in Doha, Qatar.

Ms Yeoh is a recipient of the Meritorious Service Medal, conferred by the Selangor Sultan (Pingat Jasa Kebaktian, PJK) and is a member of the Monash University Business School’s Industry Advisory Board.

Over the past eleven years, she has conducted research and writing on various socioeconomic policy issues that impact Malaysia, which includes public presentations, policy recommendations, briefing papers, reports, and working closely with government agencies, civil society organisations, the media, academia, political leaders and the private sector. Her interests lie in politics, public administration, national unity, and good governance. She hopes to work constructively towards a matured, united and well-governed Malaysia as its society seeks to collectively achieve common goals in the long-term nation building process.