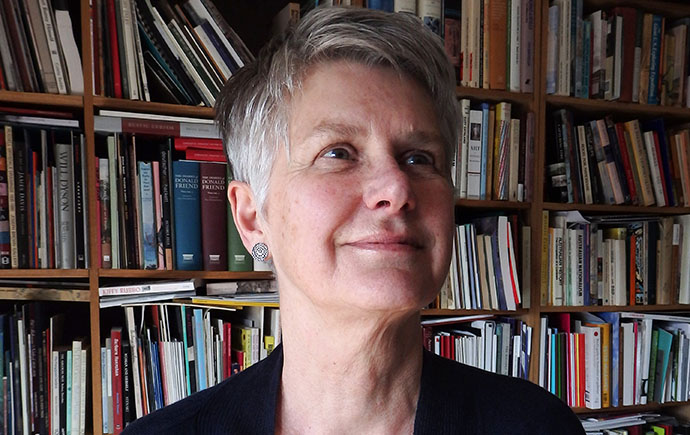 Faculty of Art, Design and Architecture

Professor Helen Ennis is Director of the Centre for Art History and Art Theory at the Australian National University (ANU) School of Art and Design, and the Sir William Dobell Chair of Art History.

After completing her Bachelor of Arts (Honours) at Monash University, majoring in English and Visual Arts, Professor Ennis began her career at the National Gallery of Australia in 1981 in the Department of Photography. She was Curator of International and Australian Photography from 1985 until 1992. In 1996 she joined ANU School of Art as a lecturer in art theory and continued to develop her practice as an independent photography curator and writer specialising in Australian photographic practice. She has curated numerous photography exhibitions since 2000, which include: Mirror with a memory: Photographic portraiture in Australia (National Portrait Gallery, 2000); Olive Cotton (Art Gallery of New South Wales, 2000); the two-part exhibition In a New Light: Australian Photography 1850s - 2000 (National Library of Australia 2003, 2004); Reveries: Photography & Mortality (National Portrait Gallery, 2007) and Charles Bayliss: A Modern Vision and Things: Photographing the Constructed World (National Library, 2008, 2012).

Her extensive publications include exhibition catalogues and books, notably Intersections: Photography, History and the National Library of Australia (2004); Photography and Australia (Reaktion Press, 2007) and Reveries: Photography & Mortality and Wolfgang Sievers (2013). Professor Ennis’s biography Margaret Michaelis: Love, loss and photography (2005) was awarded the Nettie Palmer Prize for Non-Fiction in the Victorian Premier’s Literary Awards, and, the Power Institute of Fine Arts and the Art Association of Australia and New Zealand Prize for Best Book in 2006. Her current research project is a biography on Olive Cotton. Professor Ennis has been the recipient of Australia Council funding, and was awarded the Peter Blazey Fellowship in 2012 and the inaugural ABR George Hicks Fellowship in 2013.

She was elected a Fellow of the Australian Academy of Humanities in 2014.