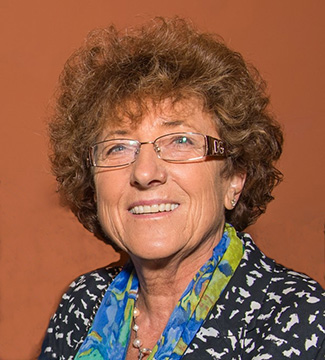 Diana Grollo was born in Mure, in the Veneto region, north of Venice, in 1948. In 1955, Diana, her mother and siblings moved to Melbourne to reunite with her father who emigrated four years earlier. In 1970, she married Rino Grollo.

Diana spent her early married years looking after four children. As they became less dependent, she commenced part-time studies at Latrobe University. She graduated in 1993 with a BA majoring in history, followed by a postgraduate diploma in history. In 1993, she graduated in literature, and is the author of a number of books:

She’s also made significant contributions as author and/or contributor to:

Diana has been an active board member of many family and business companies, various institutions and charities. She received the ‘Commendatore’ award (Italian Republic) for her years of philanthropic work in Australia.

Diana is a long-time supporter of Monash and prominent member of Melbourne's Italian community. Her collaboration with Rino has been pivotal in the establishment and growth of the Victorian Interschool Snow Sports Championships (now 1760 competitors from 334 schools).