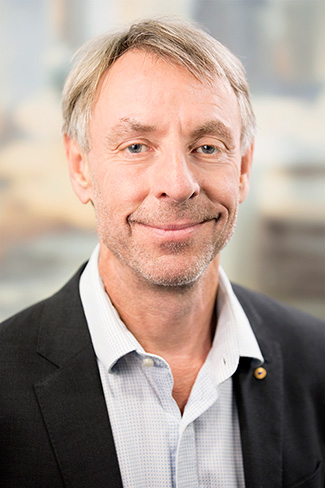 Mr Ian Carson AM is the Chairman of Markets at PwC Australia and the Co-founder of SecondBite.

Mr Carson founded PPB Advisory; a consulting firm that merged with PwC in 2018. Mr Carson was central in building this international firm with offices in Australia and Singapore and employing over 300 staff. It was engaged by Australia’s leading corporations and both Federal and State Governments as Trusted Advisers on complex financial matters, governance reviews and transactions as well as implementation of strategy and process improvement.

Mr Carson and his wife revolutionised food rescue in Australia, creating a new sector involving the rescue of fresh food on a national scale. Since 2005, SecondBite has rescued enough food for around 200 million meals. SecondBite’s unique model rescues fresh nutritious food from growers, processors, markets and retailers. In the last year, it provided enough food for approximately 50 million meals for the needy. The model is amongst the lowest cost in Australia, with the cost of the food for a meal as low as 10 cents.

Mr Carson has a lifelong record of working to change society, from SecondBite to supporting the Australian settlement for Thalidomide victims, supporting a foundation giving disadvantaged kids the opportunity to voyage on Tall Ships, and a current project to reduce homelessness by galvanising a group of corporates and philanthropists to renovate a Salvation Army building to transition homeless people into permanent accommodation.

Mr Carson holds a Bachelor of Economics and Politics from Monash University, a Post Graduate Diploma of Accounting from La Trobe University, attended the Harvard Business School Owner President Manager Executive Program in 2012 and is a Fellow of the Australian Institute of Company Directors.

In the Queen's Birthday 2017 Honours List, Mr Carson was awarded the Order of Australia for “significant service to the community through contributions and leadership in the food rescue sector, and to business”.