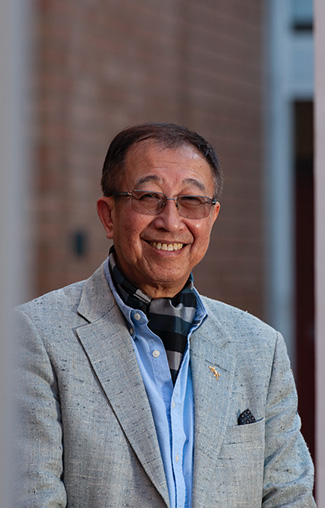 Mr Thomas SaiYing Ko, a 1968 graduate of what is now the Faculty of Pharmacy and Pharmaceutical Sciences at Monash University, is an internationally renowned specialist in drug formulation and sublingual drug delivery with 40 years of technical and commercial experience.

He has specific expertise in the stabilization of peptides/proteins – including exenatide, liraglutide, interleukin 2 and interferon alpha – as tablet formulations at room temperature and in their non-invasive delivery via the sublingual mucosa. In this way, the technology he has developed over the past few decades avoids having to deliver these peptides/proteins via injection, which is their standard route of administration.

Mr Ko’s previous corporate roles include Founder and Managing Director of Vitapharm Pharmaceutical Pty Ltd (1971 to 2000) and Founder, Chief Executive Officer and Chairman of Vital Biotech (2000 to 2005), which he successfully listed on the Hong Kong Stock Exchange. Mr Ko has developed more than 200 commercial products throughout his pharmaceutical career, many of which he holds patents for. In 2008, Mr Ko was appointed Sports Medicine and Nutrition consultant to the Chinese Ministry of Sports during the Beijing Olympics. He and his company’s products played a major role in assisting 125 Chinese mountaineers to relay the Olympic torch to the peak of Mount Everest, and he also played a major medical role with the Chinese Women’s Hockey Team, which won the first Olympic Medal (Silver) for China that year.

He is currently the Founder and Chief Scientific and Technology Officer of BioLingus Technology Development Pty Ltd in Hong Kong which specialises in oral diabetes and immunotherapy products. The company was awarded the Most Innovative Biotech Company 2016 award from the European CEO Magazine, for its non-invasive sublingual drug delivery technology.

In recognition of his distinguished career, Mr Ko was nominated and shortlisted for a 2020 Advance Award, which celebrates international Australians and alumni, who are having an extraordinary impact on the global stage.