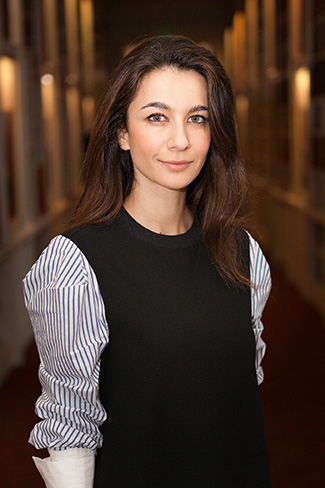 Ms Yalda Hakim is an award-winning foreign correspondent and currently anchors the flagship programme ‘Impact with Yalda Hakim’ on BBC World News. In addition to her presenting duties, Ms Hakim continues to deliver hard hitting journalism not only for the Our World strand, but also across BBC News in both television and radio.

Her interview with President Trump’s National Security Advisor HR McMaster made global headlines when he accepted that Russia had interfered in the 2016 US elections. Ms Hakim has reported extensively on the rise and fall of the so-called Islamic State in Iraq. She has travelled to the world’s youngest nation South Sudan which has been embroiled in a brutal civil war. She reported that more than four million people were on the brink of famine in the devastated country. She has also highlighted the plight of people in the secretive state of Eritrea, covered US elections in 2008, 2012 and 2020, reported from Turkey following the failed coup attempt, covered the aftermath of the earthquake in Nepal, kidnappings by drug cartels in Mexico and jihadism in Sweden. Ms Hakim has investigated and reported on people-trafficking and torture of Ethiopian migrants in Yemen and following the Bangladesh garment factory collapse, uncovered workers still being put at risk in unsafe premises.

In 2018, she launched the “Yalda Hakim Foundation for Young Women” in partnership with the American University of Afghanistan. The Foundation supports the education and professional advancement of exceptionally talented young women in Afghanistan – in particular those from economically and socially disadvantaged backgrounds – through scholarships, internships and mentoring.

Ms Hakim was born in Afghanistan and fled with her family as a result of the Soviet invasion, emigrating to Australia. Ms Hakim has a Bachelor of Arts in Journalism from Monash University.