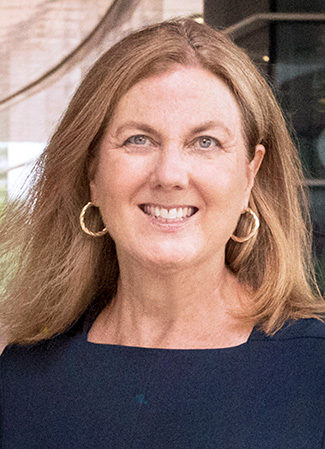 Professor Jenni Evans is a Professor of Meteorology and Atmospheric Science at the Pennsylvania State University (Penn State) and the Director of Penn State’s Institute for Computational and Data Sciences (ICDS). ICDS is the nexus of interdisciplinary research that relies on advanced computation and data sciences and the home of Penn State’s high-performance computing facility. ICDS jointly employs over 30 tenure track faculty and supports researchers across the disciplinary spectrum.

She was born in Melbourne and earned both her undergraduate and doctoral degrees in applied mathematics at Monash University. While studying applied maths, Professor Evans learned how calculus could be employed in understanding the atmosphere. During her doctoral studies, she spent time at the Bureau of Meteorology Research Centre in Melbourne and the Naval Postgraduate School in California. Upon completion of her Doctor of Philosophy, she joined CSIRO as a research scientist.

In 1992, Professor Evans moved to Penn State as an assistant professor, advancing to Professor in 2005. Her research interests span hurricane evolution from genesis over tropical Africa or in the subtropics, through their lifetimes in the tropics and “extratropical transition” as they move out of the tropics. It also includes climate change including its impacts on hurricanes, factors impacting the maximum intensity and structure of hurricanes, improving numerical model forecasts, and the “music of hurricanes.” Her research employs high performance computing, advanced statistical techniques, application of synthetic musical instruments to scientific data, and artificial intelligence and machine learning. Professor Evans led the team that developed a Cyclone Phase Space, used in operational weather forecasting centers to track the evolution of tropical cyclones.

Professor Evans was Centennial President of the American Meteorological Society, guiding the Society in its 100th year, challenging AMS members to contribute to a future society resilient to weather hazards and climate change. Among her many leadership roles, she served on the US delegation to the World Meteorological Organisation (WMO) 2017 Science Summit and co-chaired its 8th International Workshop on Tropical Cyclones, bringing together researchers and forecasters from around the globe. For the last 15 years, she has served as the Lead Meteorologist on the Professional Team assisting the Florida Commission on Hurricane Loss Projection Methodology. The Team is tasked with auditing proprietary software for assessment of risk exposure to insured hazards.