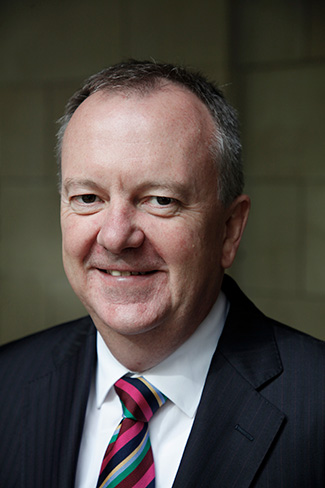 The Honourable Justice Richard Niall QC is a Judge of Appeal of the Supreme Court of Victoria.

After completing degrees in economics and law at Monash University, Justice Niall entered legal practice in 1990. He joined the Victorian Bar in 1995, developing a national practice in public law and industrial law regularly appearing in the High Court of Australia and intermediate appeal courts. In 2010, he became Queen’s Counsel. He appeared in the High Court of Australia in a broad range of areas. They included matters concerning the validity of the Commonwealth intervention in the Northern Territory (2012); Australia’s decision to send asylum seekers to Malaysia (2011), the mandatory indefinite detention of asylum seekers (2012) and validity of adverse ASIO security assessments of refugees (2013). He appeared for the United Nations High Commissioner for Refugees in a case concerning the power of the Australian Government to intercept and repel asylum seekers at sea.

He developed a wide practice in environmental law retained by the Australian Fisheries Management Authority in the allocation of fishing entitlements, and environmental groups in challenges to a large-scale pulp mill in Tasmania and the logging of old growth forests in Gippsland Victoria.

In 2015 Justice Niall was appointed Solicitor General for the State of Victoria, the senior legal adviser for the State. In that role he represented the State in constitutional and other cases in the High Court and intermediate appellate courts.

In November 2017 he was appointed to the Court of Appeal, Supreme Court of Victoria, the highest State Court in Victoria. He currently sits in both criminal and civil appeals. He is the Chair of the Rules Committee and a member of the Communications Committee and Building Committee of the Court.