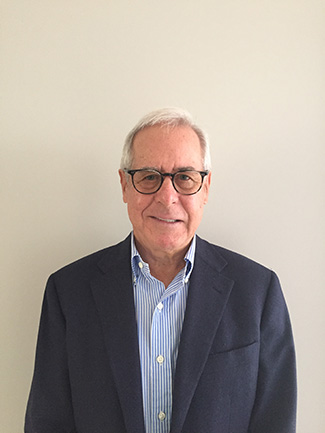 Martin was born in Melbourne in 1945. He completed secondary school at Trinity Grammar and Scotch College. His academic results were rewarded with a Commonwealth scholarship.

He initially enrolled in medicine at Monash University in 1964, but subsequently transferred to economics, and graduated with a Bachelor of Economics in 1968.

After university, Martin was attracted to the technology industry. He joined BHP Wollongong and completed its IT training program. In 1972, he moved back to Melbourne and joined computer services company CAS, which specialises in providing payroll, accounting and sales and marketing systems to medium businesses.

In 1976, he joined the management consulting division of Arthur Andersen, initially to conduct business reviews and to identify how IT could be applied to address high priority business problems. He worked with government, banking and finance and logistics clients to adopt IT solutions that addressed competitive and cost-related problems. In 1985, he was promoted to partner in Andersen Consulting (now Accenture).

At Anderson, Martin worked with mining clients in Western Australia and Bougainville. The scope of these projects included logistics, financial accounting and specialist applications such as diamond sortation. He then transferred to Wellington, in New Zealand, where he led a team of 400 to transform systems at the Inland Revenue Department.

Martin was then appointed managing partner of Anderson’s outsourcing practice. This included hiring IT personnel for clients, and delivering IT services. It now employs more than 250,000 personnel globally in Accenture.

Martin has also been managing partner of government business in ANZ. He was responsible for leading the team to implement the support systems for the introduction of the BAS, a component of the GST introduction in Australia. He was then seconded to Myer for 12 months as IT general manager.

Martin retired from Accenture in 2001. He pursued board opportunities with technology clients including Transol and DWS, served on the committee of the Moonee Valley Racing Club for 17 years, and the Hawthorn Football Club board for nine years. At Hawthorn, he was chair of its foundation, which raised funds for infrastructure and community projects.

Martin was a member of the Monash University Medical Research Committee, and is currently a trustee of the Royal Melbourne Hospital Neuroscience Foundation. Throughout his career, Martin was well-supported by first wife, Jill, whom he met at Monash. Sadly, she passed away in 2006. Martin’s current wife, Liz, has also been a wonderful support, as have his children, Lucy and Tom.