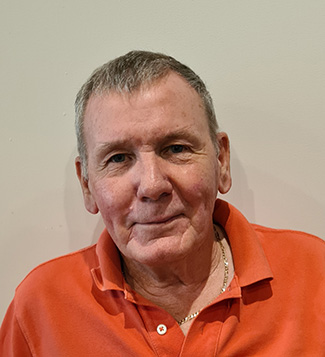 Dr. Shaw began his time at Monash in 1967, completing his B.Sc (Hons) and Ph.D in molecular spectroscopy through 1975. He remained at Monash as Senior Teaching Fellow until 1977 when he joined Varian Techtron as the Senior Research Scientist, a Melbourne subsidiary of the US Silicon Valley company Varian.

Varian Techtron designed and manufactured scientific instruments using various applications of optical and mass spectroscopic technologies. During his time at Varian Techtron, Dr. Shaw steadily progressed from a role as scientist to one of a manager, eventually leading a large team of scientists and engineers developing new scientific instruments.

In 1987, Dr. Shaw was given the opportunity to become the general manager of Analytichem International, a newly acquired company in Southern California involved in developing, manufacturing and sales/marketing of specialty chemicals utilised in chromatographic instrumentation.

In 1989, Dr. Shaw became the Vice President of Varian’s Nuclear Magnetic Resonance business unit in Palo Alto California. This involved the design, manufacture and sales/marketing of very high magnetic field, high resolution nuclear magnetic resonance equipment used in the determination of molecular structure, most importantly of large macromolecules with significant biochemical applications. The manufacturing facility was often cited as a role model for deploying progressive manufacturing techniques within the United States. During this time. Dr. Shaw also was Chairman of a joint venture with Siemens Medical which, as well as designing and manufacturing state-of-the art high field magnetic resonance imaging systems for biological research, also developed the world’s first human whole body high field ( 4 Tesla) MRI system for functional imaging of the brain. This technology has gone on to provide a much better understanding of brain function and neurodegenerative diseases of the brain and remains operational at the University of Minnesota, a world leader in MRI research. During his time at Varian NMR Division, the company grew steadily, both organically and through acquisition, to become the worldwide market leader in this area of scientific instrumentation.

Dr. Shaw returned to Melbourne in 2001 and has held various company chairman roles since that time. Sailing has been a long-time passion, most recently as a regular ocean racing sailor and he remains actively involved in the management of the sport both locally and nationally.