Since its formation in Geneva, Switzerland, in 2007, the Foundation has committed more than $200 million of charitable donations for scholarships and education, health and the environment, especially climate change, in Canada, Europe, sub-Saharan Africa, Australia and New Zealand. Pamoja Capital undertakes business investments worldwide.

From 1987 to 2006, Mr McCall MacBain was the founder, controlling shareholder and president and CEO of Trader Classified Media, the world’s leading classified advertising company. Starting with his purchase of three small publications in Montreal, Canada, at age 29, he grew the Auto Trader and Buy and Sell businesses worldwide with more than 350 publications and 50 websites in 23 countries. In 2006, he successfully sold Trader Classified Media and set up the McCall MacBain Foundation.

Mr McCall MacBain is a Rhodes Scholar and received an MBA from Harvard Business School, an MA in law from the University of Oxford and an Honours BA in economics from McGill University, where he was president of the McGill Students’ Society and valedictorian.

He is an Officer of the Order of Canada, the Second Century Founder and a Trustee of the Rhodes Trust and a director of the Mandela Rhodes Foundation. Mr McCall MacBain is also Chair of the Trudeau Foundation and McGill Principal’s International Advisory Board, and the Founding Chair of the European Climate Foundation. 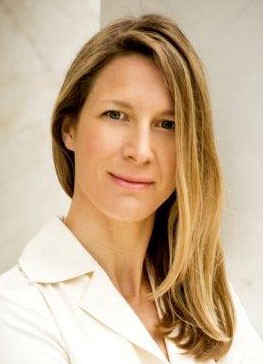 Dr Marcy McCall MacBain is co-founder and director of the McCall MacBain Foundation. Since its inception in 2007, Marcy has worked to improve the quality and provision of health care and education in several regions including Canada, the United Kingdom, and sub-Saharan Africa.

Dr McCall MacBain earned a master’s degree in international health policy from the London School of Economics and Political Sciences, as well as a doctoral degree in evidence-based healthcare at the University of Oxford. She is a senior research fellow within the Nuffield Department of Primary Care Health Sciences and a Bynum Tudor Fellow of Kellogg College, University of Oxford.

She serves as a member of the Geneva Committee of Human Rights Watch and on the board of B2ten, an organization focused on promoting sport excellence in Canadian Olympic athletes and improved physical literacy in youth. She has also been a volunteer healthcare policy and education consultant for the World Health Organization.