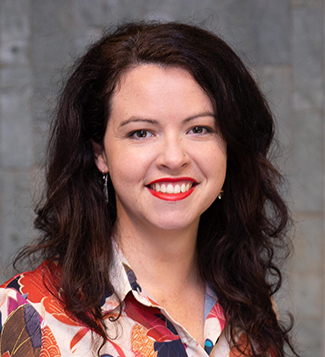 Dr Bodean Hedwards is the Director of Enterprise and Immersion Initiatives with Monash University’s Faculty of Arts.  Joining the Faculty initially as Manager of the multi award-winning Global Immersion Guarantee (GIG) program, Dr Hedwards is responsible for the design and delivery of a suite of high-impact, solution-focused education initiatives available to all students at Monash University.  Dr Hedwards is also a passionate researcher focused on human trafficking and modern slavery, having spent much of the last decade working with leading organisations around the world on how to best respond to this issue.

Since joining Monash, Dr Hedwards has become a strong advocate for international education, having seen first-hand the positive impact that such programs can have for students, the university and our community and industry partners.  Designed to remove barriers to international education, the GIG program has supported almost 1000 students. Delivered simultaneously across five countries, 12 cities and in collaboration with over 40 different organisations, students gain invaluable insight into the challenges of developing sustainable solutions that can address the human impact on the environment in India, Indonesia, Italy, China or Malaysia.  Then, in the wake of the global pandemic Dr Hedwards also led the design and delivery of the multi-stakeholder virtual start-up incubator, the Social Entrepreneurship Challenge in the Indo-Pacific (SECIP).  Launched in January 2021, the SECIP program will have supported almost 300 students from five universities around the Indo-Pacific region to build the skills, knowledge and networks to develop solutions to immediate environmental challenges.

Since joining Monash, Dr Hedwards has managed to curate a career that allows her to combine her passion for research and education, continuing to work alongside leaders in the anti-slavery field, most recently conducting research with the Walk Free Foundation, the Global Initiative against Transnational and Organised Crime, and various United Nations agencies.

Originally from country New South Wales, Dr Hedwards travelled to India at the age of 18, sparking a love for India, and Asia more broadly.  During her undergraduate studies, she worked with healthcare professionals in India and Australia to establish a health clinic in southern India, returning regularly for travel, and then again to complete her Doctor of Philosophy fieldwork with Tibetan communities in the north of the country.  In 2020, she was a delegate at the Australia India Youth Dialogue, joining the Steering Committee shortly after.

Dr Hedwards holds a Doctor of Philosophy from Monash University, during which she was visiting Study Fellow at Oxford University’s Refugee Studies Centre.  Her doctoral studies were completed in the Faculty of Arts under the supervision of Professor Sharon Pickering and Associate Professor Marie Segrave.  She also has a Bachelor of Criminology and a Bachelor of Arts (Honours) from Deakin University.