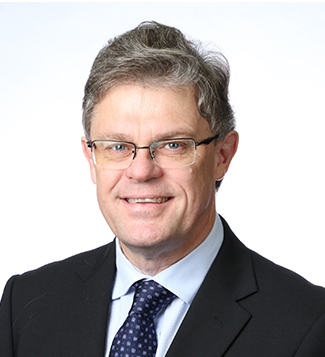 Professor Ian Davis is a medical oncologist and has been Professor of Medicine and Head of the Monash University Eastern Health Clinical School since 2012. He also holds honorary appointments as an adjunct Associate Professor of the University of Melbourne, and Associate of the University of Sydney. His primary clinical interests are in urologic cancers, and his primary research interests are in cancer immunology and the biology of urologic cancers.

Prof Davis founded the Urologic Oncology Group of the Clinical Oncology Society of Australia (COSA), is a member of COSA Council, and was previously a COSA Board director.

Prof Davis is founder of the Australian and New Zealand Urogenital and Prostate Cancer Trials Group Ltd (ANZUP), where he is chair of the ANZUP Board and of its Scientific Advisory Committee, and Principal Investigator of several of its trials. He has been involved in over 200 clinical trials including over 130 as global or site Principal Investigator, and has published more than 270 papers including 190 of original research with over 17,000 citations.