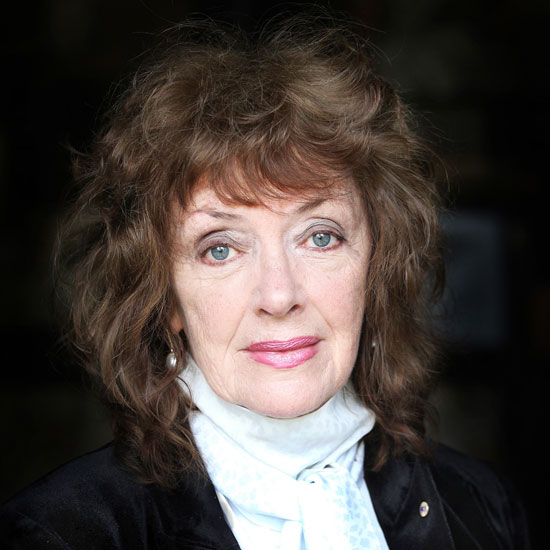 Maudie Palmer is an expert in the field of Australian modern and contemporary visual art.

She is skilled in the development of visions for the design and operation of visual arts museums, having been the founding director of significant cultural institutions in Victoria. She is a curator and advisor on art acquisitions and commissioning installations of large scale works. Maudie is committed to working with communities and artists to promote the arts as a vehicle for social transformation. She believes that art can provide the ideas which will change and shape behaviours needed to achieve an environmental and cultural legacy for a better future for generations to come.

As a Vice-Chancellor’s Professorial Fellow at Monash University, Maudie initiated the cross-faculty Birrarung Project, which encompassed Indigenous heritage, history post settlement, art, architecture, environment and sustainability. At the completion of this appointment in December 2016 and after working with Monash Art Projects, she delivered the collaborative project, Birrarung: Art Water Refuge Tumbleweed. She also completed the film Birrarung, a culture/nature visual poem about the Yarra River from its source to the sea. In 2017 the Birrarung Art Water Refuge Standing Wave project was further developed with artist James Geurts, and the Bulleen Birrarung Cultural Precinct project was initiated. This has recently been extended in collaboration with curators Stacie Piper and Eugene Howard to be a component of the proposed Birrarung Cultural Pathway – A journey into landscape and imagination.

After beginning her career as Assistant Director / Curator at the University Gallery from 1975 to 1981 (now Ian Potter Museum of Art) at the University of Melbourne, Maudie has held various roles including that of founding director and curator of both Heide Park and Art Gallery from 1981 to 1996 (now Heide Museum of Modern Art), and TarraWarra Museum of Art (TWMA) from 2000 to 2009.  At Heide and at TWMA she was the Project Director of the major buildings from the initial stage of developing the vision and writing the brief for the architects (Andrew Andersons at Heide and Allan Powell at TWMA).

In 2014 Maudie worked as part of the Simon McArthur & Associates (SMA) team to deliver the Feasibility and Development plan for a new Shepparton Art Museum. She is currently part of the SMA team working on the Warrnambool Art Gallery Business Case.

Also in 2014, working with SGS Economics and Planning and MvS Architects, the St Arnaud Precinct Plan was delivered to the Shire of Northern Grampians and Maudie initiated and delivered innovative contemporary art aspects, which included the St Arnaud Street Museum.

In 2017 when McClelland Gallery and Sculpture Park was in a transition period between directors, she worked for eight months as a strategic manager and initiated the design (with architect Kerstin Thompson) and the building of the Sarah & Baillieu Myer Education Pavilion. In 2019 she completed similar strategic management and curatorial programing work at Hamilton Art Gallery.

Maudie has consulted on a wide range of contemporary art projects with artists and architects, from the conceptual stage to execution including: Moet and Chandon Australian Art Foundation (1996 - 2001); New Commonwealth Law Courts, Melbourne (1999); Parks Victoria, Yarra Valley Artists in Residence Program; Herring Island Environmental Sculpture Park and the Melbourne Festival Visual Arts Program (1997 - 1999). She was the art consultant on the AAMI Stadium and the Barak Bridge.

Maudie has served on numerous committees including completing a full nine year term in 2009, as a Trustee of the National Gallery of Victoria. In 2006 she was made an Officer of the Order of Australia. In 2011 she was appointed as an Honorary Fellow of Monash University. She is a recipient of the Rotary Club of Melbourne Vocational Service Award and has been a member of the Yarra River Keepers’ Association Committee and was a founding Ambassador of CLIMARTE, Melbourne. She is currently on the Monash University Museum of Art Committee and works as an advisor to the Chairman and Board of TarraWarra Museum of Art.