Alumni around the world 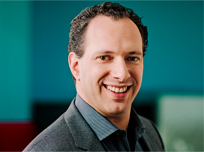 Alumnus Ben Werther has developed an idea that began as a sketch on a napkin to create one of the hottest enterprise start-ups in Silicon Valley. The company, Platfora, has transformed the way businesses can use data, enabling them to uncover business opportunities.

Mr Werther already had an established track-record as a product visionary and strategic leader before founding Platfora in 2011, having held the position of Vice-President of Products for US software company DataStax. An industry leader, Mr Werther frequently presents on big data and enterprise software topics. Monash provided a spouse as well as an education for Seck Wai Kwong and Tan Lye Kean, who met as students and married shortly after graduating.

“The two of us are now based in Hong Kong where I am the Head of Asia-Pacific for State Street Bank, one of the largest custody banks in the world,” Mr Seck said.

“We grew by embracing and welcoming change. Our openness and willingness to learn was key; learning to live in different cities and cultures, learning new skills and new businesses.” Dr I Ketut Mardjana is the President Director of PT Pos Indonesia, which provides postal services to 17,000 islands throughout Indonesia.

“I chose to study at Monash because it is one of the best and biggest universities in Australia.

"It is also one of the world’s most reputable universities and prides itself on providing quality education over quantity of students,” Dr Mardjana said. “Its international campuses, useful subjects and strong performance make me proud to be a Monash graduate.” 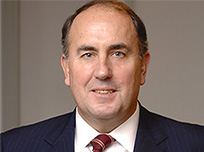 The Australian Treasury snapped up Mr Fraser post graduation, leading to a posting to Washington DC with the International Monetary Fund and the position of Minister (Economic) at the Australian embassy, which involved fostering Australia’s relations with the United States and Canada.

In the 90s, Mr Fraser advised the Federal Government on macroeconomic policies as Treasury Deputy Secretary. He then became the Global CEO and Chairman of UBS Global Asset Management, overseeing operations in 24 countries. Mr Fraser also chairs the Victorian Funds Management Corporation, which manages $45 billion worth of assets. Mr Chen is the Director and Founder of Huashan Capital, which specialises in cross-border investments in the mining and resources industry. His experience traverses the media advertising and internet and technology sectors, and he has held management positions in China, Hong Kong and Taiwan for companies including Time Warner.

A venture partner at private equity fund Tripod Capital and a board member of several companies, Mr Chen said: “The highlight of my career so far has been being in a position to list companies on the US and Hong Kong stock exchanges.” 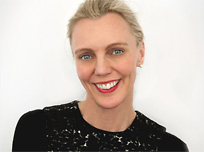 Over the past 25 years, Ms Fennessy has thrived as a senior business leader and entrepreneur in the technology, data, media and content industry. She has founded multiple businesses, worked with major global brands and brokered TV broadcasting rights for two soccer World Cups.