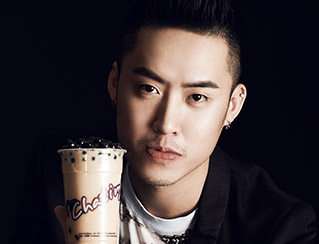 Bryan Loo (BSc 2007) believes that you’re never too young to hone your entrepreneurial instincts. When the CEO of Malaysia’s fastest-growing beverage brand Chatime was a seven-year-old schoolboy, he mastered the art of giving customers what they want.

“I grew up in Perlis, Malaysia and studied how my parents dealt with customers at their air conditioning business,” recalls Mr Loo, who was named Ernst & Young’s Emerging Entrepreneur of the Year in 2013.

“When I was seven, I drew comic books and rented them out to my friends. Starting a business has never been strange to me.”

Mr Loo says that a job selling umbilical cord storage to hospitals helped him see that this childhood idealism held clues to his future path. It also sparked his decision to start a food and beverage (F&B) business.

“Eight years ago, I was 24 and so demotivated, I didn’t want to wake up in the morning!” laughs Mr Loo.

“I called my parents and told them that I wanted to direct my own destiny. I decided to launch a F&B business because people always need to eat and drink.”

After noticing the lack of tea outlets in Starbucks-obsessed Malaysia, Mr Loo travelled to Taiwan to find a brand to franchise back home.

He chose Chatime, a bubble tea specialist, and drew on a clever franchising strategy to establish more than 100 outlets around Malaysia over a three year-period. In 2015 Chatime became the first bubble-tea company on the Taiwan Stock Exchange, thanks to its aggressive Malaysian growth.

“I only had funding from my parents to open one outlet and never believed in the franchising model because if the owner isn’t the operator, there’s no pride in the brand,” explains Mr Loo.

“We were able to fund our own expansion. Today, we own 90 per cent of our stores.”

Mr Loo now plans to open Chatime outlets in petrol stations and convenience stores around Asia as part of a vision that will see Chatime penetrate every aspect of commuter life. He fosters a ‘look outside the box’ culture among his employees and says that success comes when you’re brave enough to do things that you haven’t done before.

“If you can make breakthroughs every single day, you can do anything.”