Education is the answer 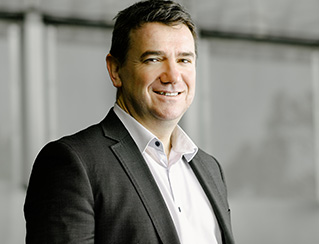 Walk into Parkville College and you’ll find gangly teenagers sprawled on the couch, baseball caps worn askew and their noses buried in a book. It’s a common sight at most schools. This college however is unlike most others.

Most students have already experienced traumas and challenges in their life. Many are at extreme conflict with the more traditional education system.

“If a child can sit in class calmly and confidently and feel like they belong, they will try to learn,” Parkville College founder and current executive Principal Brendan Murray (GradDipEd(Sec) 2004, MEd 2012) says about his approach to education.

The seed for what would become Parkville College was planted during Mr Murray’s time as a residential carer for children leaving detention.

Getting them into a traditional school posed a challenge. Even more staggering, there had been no formal schooling options available to them while in detention.

After completing his Graduate Diploma at Monash, Mr Murray founded The Pavilion School for those children from Melbourne’s northern suburbs who were disengaged from education. Its success spurred him to approach the then state government with the idea of introducing formal schooling into Victoria’s youth justice centre, and Parkville College was born.

Armed with an unshakable belief in the transformative power of education, Mr Murray and his staff teach young inmates traditional school subjects such as literacy and numeracy, together with those all-important life lessons.

“Children need to learn many things. What’s become more apparent at this school however is the need to really focus on the development of their growth so that they can lead peaceful lives among fellow human beings.

“These kids have had a lot more negative reinforcement in the past. They understand schools as somewhere they have previously experienced failure, but here they experience success. They like learning. They like writing. They like developing. They like being with adults who are respectful and treat them with dignity.”

Those gangly teenagers perhaps best illustrate the resounding success of Parkville College. They are part of the onsite community school that also operates at the college, established for those on parole or who simply can’t find a school that will take them.

“These kids have left custody but enjoyed their education here so much they willingly come back. No one is bringing them in. They’re coming back on their own from all over Melbourne. It’s your best indicator that the school works.”