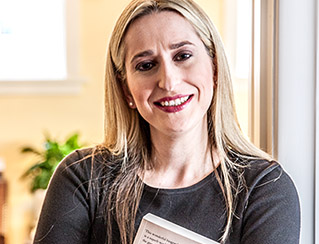 When a list of the greatest ever Australians is compiled, names like Bradman, Whitlam, Freeman, Laver, Mabo and Menzies frequently appear. But one name in particular surpasses them all, a name synonymous with inspiring leadership, patriotism and excellence, a name that deserves a permanent place in our Commonwealth’s democratic institutions. It is a name that we, as graduates of Monash University are familiar: General Sir John Monash.

I recently launched a campaign to persuade the Australian Electoral Commission (AEC) to change the name of the federal electorate of Melbourne Ports to Monash at the next electoral boundary redistribution, expected in 2018.

The name Melbourne Ports derives from its original boundaries: extending from Station Pier at Port Melbourne around Port Phillip Bay to encompass the Port of Williamstown, as well as much of Melbourne’s CBD. Due to multiple redistributions since Federation, Melbourne Ports barely resembles the original electorate.

The name is, without doubt, an anachronism.

Sir John was born in West Melbourne 150 years ago. His Jewish parents migrated to Australia from Polish-German Prussia during the gold rush. At Federation, his birth place came within the original electorate boundaries of Melbourne Ports.

Equal dux of Scotch College in 1881, Sir John went on to receive multiple degrees including in engineering and law. He designed and helped construct dozens of bridges around Victoria, including many in Melbourne Ports such as the iconic Princes Bridge over the Yarra.

After World War I broke out, Sir John led the nation in battle, landing at Gallipoli on 26 April 1915. His strategic mastery and courage during the pivotal battles of Hamel and Amiens were our nation’s finest military hour. Sir John all but won the war for the Allies.

He led annual commemorations of ANZAC Day until his death in 1931 and also supervised the design, construction and funding of the Shrine of Remembrance. The ANZAC legend became what it is because of his leadership. For this alone, we owe him enormous gratitude.

Today, Sir John’s tradition of educational excellence lives on in our University and the General Sir John Monash Foundation, which awards scholarships to Australia’s best and brightest postgraduate students.

Following his death in 1931 Sir John was buried at Brighton Cemetery, which was located within Melbourne Ports prior to the 2010 redistribution.

Until 2006 the Victorian Legislative Council electorate of Southern Metropolitan, which spans much the same geography as Melbourne Ports, was known as Monash Province in recognition of Sir John’s significant contribution.

While there is an existing nearby Victorian local government area named Monash, various federal divisions and local governments in Victoria share the same names without any confusion.

General Sir John Monash is the greatest citizen Melbourne Ports ever produced, and a giant of Australian history. It is well overdue that he becomes a permanent part of our Commonwealth, where his name will be given the national prominence and recognition it deserves.

Please visit www.change.org/monash and join the movement to honour the Maestro.

Kate Ashmor (BA(Politics) 2005, LLB 2005) is the principal of her own law firm Ashmor Legal. She is also Chairman of Caulfield Park Bendigo Bank and a board member of Alola Australia.

She's the Immediate Past President of Australian Women Lawyers, a former Councillor for the City of Glen Eira and Women's Agenda's chief legal columnist. Follow Kate on Twitter at @KateAshmor. www.ashmorlegal.com.au