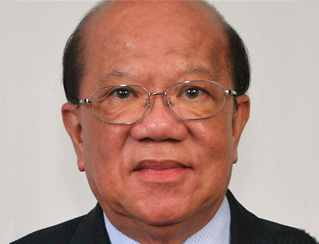 One of the first things Yeo Poh Teck did after learning he had been awarded a highly sought-after Colombo Plan scholarship to study medicine at Monash University, was to resign from his job as an insurance salesman.

The insurance industry’s loss has been medicine’s gain, with Dr Yeo going on to specialise in neurology, completing a PhD in neurophysiology.

Dr Yeo is a regular speaker at medical seminars throughout Asia and, utilising a Bachelor of Law (Hons) degree from the University of London, organises educational programs on medical ethics and medical-legal issues.

Prompted by an incapacitating knee injury in 2007, Dr Yeo also founded a research and development company dedicated to the development of biomedical devices to manage clinical conditions.

None of these achievements would be possible without the Colombo Plan scholarship, Dr Yeo said.

“I decided to have a go at the prestigious and competitive Colombo Plan scholarship, though not optimistic of success, as there were only eight scholarships for medicine available in Singapore,” he said.

“Like many other young people, I had always dreamt of seeing the world or studying in a foreign country. My financial background excluded me, unless I had a scholarship.

“There is no question, scholarships help financially disadvantaged students to get a good education and enable capable students to realise their intellectual potential.

“At community level, scholarships promote a culture of life-long learning and acquisition of new knowledge. In the long term, education is a potent social equaliser.”

Not that the scholarship came without challenges.

“Singaporeans generally have good command of the English language and are quite used to a British accent but it took me nearly a year to get used to the Australian accent and expressions,” Dr Yeo said.

“Fellow Australian students usually greeted us with what we believed to be ‘Go and die, Mike’, which we later understood to be ‘G’day mate’!”

“In the first three months of studies, I took hardly any lecture notes.

In one particular lecture on subatomic particles, I distinctively heard the lecturer say: “Knell, the lecher to die is on warmer ice on bergs” which I later deciphered as: “Now the lecture today is on Werner Heisenberg’s” (principles of uncertainty).

There was no uncertainty; I was totally lost!”