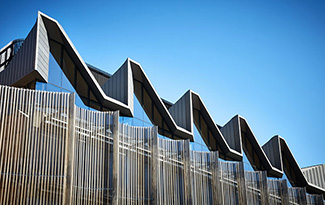 Each year many Monash University alumni, colleagues, former colleagues and donors are recognised in the honours list for Australia Day.

We warmly congratulate all who received an honour this year, and recognise the outstanding service and contributions they’ve made to society.

Monash University’s President and Vice-Chancellor, Professor Margaret Gardner, was one of the Australians honoured this year.

Professor Gardner was appointed an AC for her service to tertiary education through leadership and innovation in teaching and learning, research and financial sustainability.

Professor Gardner is both the fourth Monash Vice-Chancellor, and fourth female Vice-Chancellor in Australia to receive this prestigious recognition. In 2007, she was appointed an Officer of the Order of Australia (OA) in recognition for service to tertiary education, particularly in the areas of university governance and gender equity, and to industrial relations in Queensland.

Monash University’s Chancellor, Mr Simon McKeon AO, extended his congratulations to Professor Gardner, and all who received an award this year.

“Professor Gardner’s commitment to her role in education is second to none - there are so many students, researchers and educators benefiting every day from what she does. She is passionate about the Australian and global education industry and tertiary sector in many ways. She’s determined to make sure young people have access to education, have a quality experience at university, and come out as well-rounded global members of community – but that’s just one part of it.

“She’s also driven to combat the challenges of our age, which is one of the reasons she’s focused on developing Monash’s, and in turn Australia's reputation in research – build the profile, attract more funding, and work with industry and our alumni to see Australian researchers create real impact and positive change through world-class research,” said Mr McKeon.

“On behalf of Monash University, I congratulate Professor Gardner, as well as all Monash alumni, colleagues, former colleagues and donors who were recognised with an Australia Day honour in 2020,” said Mr McKeon.