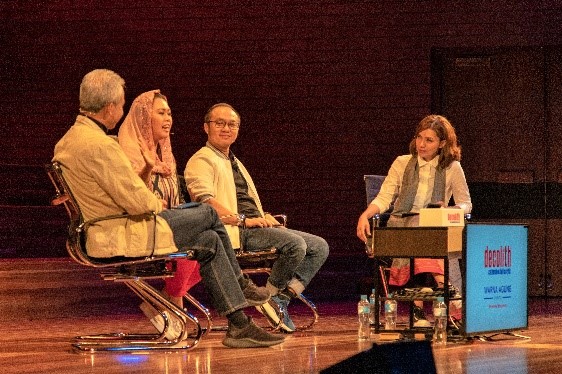 The event was warmly received by the 700-strong audience, comprised largely of Victorian university students.

In the program, aired on digital platforms, Najwa focused the discussion on Indonesian current affairs in the wake of the Indonesian general and presidential elections in April this year.

Sharing their expertise and insights with her were three public figures: Ganjar Pranowo, a politician and governor of Central Java; Yenny Wahid, a well-known activist, journalist and politician; and Mr Yunarto Wijaya, the executive director of Charta Politika Indonesia.