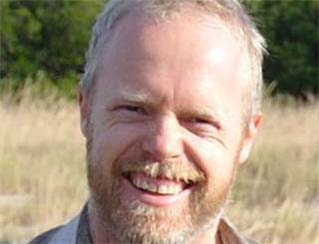 Duncan Sutherland (BA 1998, BSc(Hons) 1998, PhD 2005) has combined his passion for biology and the Australian outdoors into a successful research career.

Dr Sutherland works as a research biologist at one of Australia’s most popular wildlife attractions - Phillip Island Nature Park in southern Victoria, home of the internationally-famed Penguin Parade.

He joined the park’s team of dedicated research scientists at the beginning of 2010.

Their research guides tourism and conservation programs to benefit the island and its surrounding ecosystems.

“My research focuses on the causes of population growth      or decline of Little Penguins as well as other seabirds and animals, with the aim of identifying ways to effectively manage these challenges,” Duncan said.

“I’m also conducting a survey of seabird populations across Victoria, which involves extended field trips along Victoria’s      coastline and camping on offshore islands.

“It’s a massive challenge to collate the enormous amount of information that has been collected on the fauna of Phillip Island over the years but it’s worth every minute of our time.

“By contributing to the ecologically-based      management of Phillip Island I hope that we can demonstrate that a community can live sustainably in an ecologically-rich environment, and that other communities are inspired to follow suit.”

After completing his PhD Duncan secured a position with the Department of Agriculture and Food,      Western Australia, modelling the potential social, economic and environmental damage caused by introduced birds and mammals.

From there he joined the Western Australian Department of Environment and Conservation, together with the Invasive Animals Cooperative Research Centre, as a post-doctoral      research scientist.

Here he has helped unravel some of the consequences for native predators of widespread fox control.

Duncan said he’d always had an interest in biology and the Australia outdoors growing up, but it wasn’t until he was well into his undergraduate      degree at   Monash that he decided to combine these interests and study Zoology.

“It just clicked with me and I realised I should have been heading down this path from the beginning,” he said.

“It combined a desire to understand the workings of the      most complex system we know  the natural world with a scientific philosophy and ecological ethic that appealed to me greatly.

"It then seemed a natural   progression to pursue a research career in ecology and management of wildlife.”
Duncan’s goal now      is to earn a reputation for conducting world-class research that helps society better manage threats to natural assets and protect the environment on which it depends.

“It’s rewarding to uncover unexpected results that have large implications for our understanding of how the natural      world works and how we manage it,” Duncan   said.