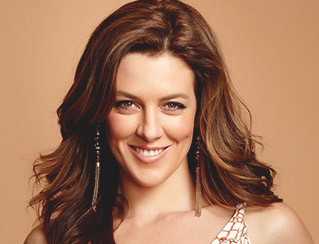 Where you begin is no indication of where life might take you. For Gorgi Coghlan, co-presenter of TV show The Project, her studies at Monash University were pointing her in an altogether different direction.

The TV presenter completed a Bachelor of Science in pharmacology and zoology in 1998 before returning the following year to complete a Graduate Diploma of Education. Soon after she began working as a secondary school teacher. Before long, however, she heard a calling of a very different type.

“I taught Year 11 and 12 biology and science for just over four years [at McKinnon Secondary College in Melbourne] before leaving to perform professional musical theatre in the Queen musical We Will Rock You,” she says.

Her jump from teaching secondary school to musical theatre didn’t stop there. Following a stint on stage she embarked on a media career that began as a news reporter at Channel 31.

A move to Channel 9’s National Nine News and Today eventually led her to a co-hosting role on Channel 10’s The Circle. Today you will find her on The Project, which she describes as a “dream gig”, filling in for Carrie Bickmore while she is on maternity leave.

Of her four years at Monash, Gorgi says she learnt about resilience, dedication, perseverance and open mindedness. And learnt to challenge herself both socially and intellectually.

“I made some beautiful friends, most of whom remain in my life. I absolutely loved my tertiary studies and feel very fortunate to have experienced them. My wish is that all students and young people in Australia can receive a stimulating and supportive tertiary education, if they want to go down that path.”

While playfully reminiscing about the $5 plates of pasta she would eat in the Union building most days, she also fondly recalls the many teachers who inspired her.

“I loved anatomy and was lucky to have an excellent trainee surgeon who inspired and challenged us when we dissected human bodies. Professor John Loughran and my other lecturers had an enormous impact on my teaching philosophy. They helped form my approach to student-centred learning, and taught me that students teaching students is the most powerful form of learning in the classroom. [They were] true leaders.”

“You have the ability to literally change young peoples' lives so realise what an honour this is.