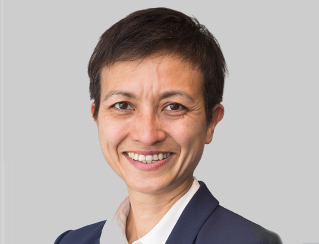 Alumna Lydia Johns-Putra (MBBS (Hons) 1995) moved to Melbourne from Malaysia at 18 to study Medicine at Monash.

The recipient of a Commonwealth Scholarship, she was drawn to study at the University due to its reputation in Asia.

Dr Johns-Putra recalls many fond memories about her time at the University, the most prominent of which was meeting her now husband on her first day.

She loved how multi-cultural Monash was and affectionately speaks of the truly valuable friendships she has maintained with former classmates to this day.

After graduating in 1995, Dr Johns-Putra returned to her home country to complete her medical internship. She fondly remembers delivering more babies than she can remember during her time there.

“Malaysian hospitals were not at all like their counterparts in Australia,” she said.

“It was a lot more hands on working in the coalface.

"There were a lot more disadvantaged people in Malaysia particularly in the late nineties, on the cusp of the Asian boom.”

After a year in Malaysia, Dr Johns-Putra returned to Australia to undertake her surgical residency at the Royal Melbourne Hospital.

In 2007 Dr Johns-Putra went to Oxford University, spending a year and a half completing her qualification. She returned to Australia in 2009, settling with her husband in regional Victoria.

Dr Johns-Putra’s favourite aspect of her role is the opportunity to be a part of a patient’s journey.

“When people are unwell it is a life changing time for them, their families and their circle,” she said.

“It is something that changes their lives significantly and to be part of that is a truly humbling and fulfilling experience.”