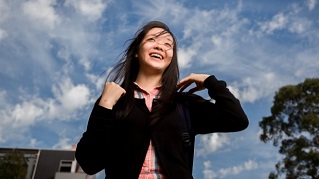 Today Mai Duong is studying Engineering at Monash University, but not so long ago, the first year student was unsure which direction her life might take. Despite receiving an ATAR of 98.7 during her VCE year at Braybrook College, Mai was disappointed to miss out on a 'perfect score' of 99. At the time the International student believed she needed the higher score in order to remain in Australia.

With her parents still living in Vietnam, Mai shared a house with her aunt, worked long hours at a part time job to help pay housing costs, as well as studying for her VCE. While her final score was impressive, it fell short of the mark in terms of qualifying for a full-fee paying scholarship to university. When The Age newspaper ran a story on her situation late last year, the student received many offers of support. Ultimately Mai accepted a two thirds scholarship offered by resources corporation Woodside which has allowed her to stay in Australia and embrace her new future.