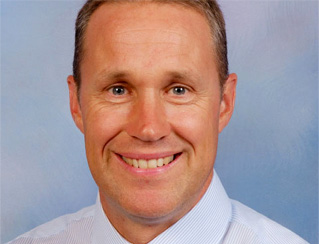 Rob French (BA 1990, DipEd 1991) is a dedicated teacher with a passion for social justice – an interest that began when he was a student at Dandenong High School.

“It was a very multicultural school with many students from refugee backgrounds. They were great people who had endured incredibly tough lives,” Mr French said.

“I feel privileged to have grown up in Australia and to have had the opportunity to go to Monash. I think that this sort of privilege brings responsibility with it.”

Mr French is one of three members of his family to have attended Monash.

“Growing up in Dandenong, Monash was an easy commute and allowed me to stay at home while completing my degree.

"I loved Monash and I keep in touch regularly with friends that I made there. I have great memories of sitting outside on the grass between the Menzies and Union Buildings, chatting away and sipping on milkshakes.

"They were great days. My BA and DipEd were great courses and no doubt helped me to get my first teaching job,” Mr French said.

When he first started at Monash Mr French kept his career options open by doing psychology, sociology, history and politics.

“It wasn’t until third year that I seriously started looking at doing a Dip Ed and teaching,” Mr French said.

Mr French started his teaching career at Haileybury and has since taught at a number of independent schools in Melbourne and the UK.

Now as Head of Middle School at Camberwell Grammar Mr French looks after the welfare of 415 students from Years 6-8. He is also a great advocate of community events and encourages both staff and students to become involved in raising money for good causes.

“Fundraising activities at school are brilliant as they often foster a real sense of community and they can be great fun. At the same time we are helping those in need, even if it is in a small way.

“In 2013 we worked with a group called Projec10, where kids start with $10 and raise money themselves for a cause in Africa. We also raised money for a local organisation called ‘KOALA Kids,’ which supports kids who are affected by cancer. All up the boys raised just over $12,000 in one term,” Mr French said.

Mr French recommends secondary teaching to anyone who enjoys the energy and humour of teenagers.

“I love school settings and I love turning up to school every day. Career wise, I have been really lucky to teach at some great schools,” he said.

“One thing about working in a school is that you never have days when you are bored and looking at the clock. It is incredibly rewarding to work with young people.”