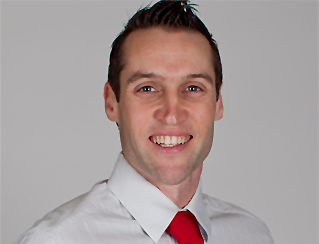 Tom Quinlan (BBus(Acc) 1998, BComp 1998, MBA 2007) is an advocate for work-life integration. He says that it’s not the same as work-life balance. It’s where work is integrated around your life rather than vice versa.

However this doesn’t mean he’s not busy. In addition to running his own management accounting and bookkeeping firm in four locations along the east coast of Australia, Mr Quinlan finds time to volunteer with Monash’s Faculty of Business and Economics.

He also mentors new graduates through his company’s training program, giving them that first break that often launches their career.

Mr Quinlan always knew he would work in finance and accounting but he realised early on that he would not be the stereotypical accountant. With an entrepreneurial mindset and desire for flexibility, he knew working for a large employer was an unsustainable option.

After graduation, Mr Quinlan spent four years working as an accountant for a medium-sized company. Heeding career advice he joined food and beverage company National Foods, progressing through a number of roles in accounting and IT.

It was during this time he started Quinlan Consulting on a part-time basis. Recognising that he needed additional management training, he returned to Monash to study an MBA.

“Having completed my CPA by correspondence, I found that I had built no networks,” he said.

“Textbook learning also didn’t really suit my personality so I was intent on a classroom environment.

“The MBA environment where you learn almost as much from colleague’s experiences as course content was a great drawcard.

“Armed with my MBA, I resigned from National Foods in 2008 to dedicate myself to Quinlan Consulting, which had gained significant momentum.”

Quinlan Consulting now has two divisions operating across Melbourne, Sydney, Brisbane and the Gold Coast with plans to expand into Perth and Adelaide.

“My career highlight so far has been moving away from a career to self-employment!” Mr Quinlan said.

“The completion of my MBA and resignation from National Foods coincided with the birth of my first of two daughters.

“Running my own business allows me the flexibility to spend meaningful time with my family, which is of prime importance.

“I also enjoy the variety. I appreciate being able to maintain my technical skills but at the same time have the freedom to come out of the detail and into strategy and management mode.

On a personal level, Mr Quinlan gives freely of his time to the University.

He is the current Chair of the Monash MBA Alumni Advisory Committee, he holds a seat on the Department of Management’s Advisory Board and he is a member of the MBA Ambassadors Program.

“I am grateful for the career-changing, quality learning opportunities I had at Monash,” Mr Quinlan said.

“By contributing back I aim to help others in their pursuits.

“And now the MBA alumni community is building momentum.  It’s an exciting time to be involved and able to give back."