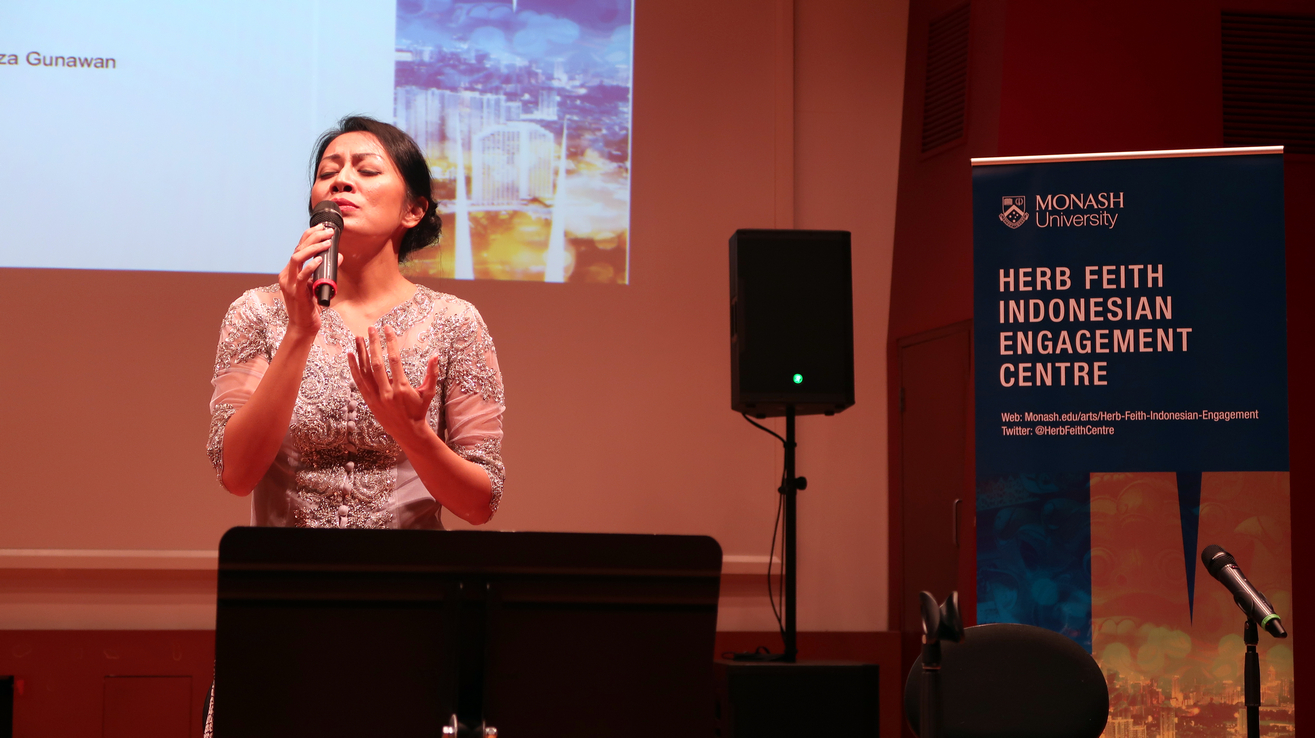 The Centre proudly launched a new initiative the Herb Feith Dialogue series, featuring award winning author-singer-songwriter Dewi (Dee) Lestari in the evening of 13 June 2019. Dee opened the evening by reflecting on her experience and insights on operating in the ecosystem of contemporary Indonesia's creative industry, where neo-liberal sentiments encounter an unprecedented level of religious piety and anxiety.

Before inviting the audience to ask questions, Professor Ariel Heryanto who moderated the session, asked her to share with the audience the amazing story of how her short story Filosofi Kopi (2006) became larger than life and transformed into the movie Filosofi Kopi 2 (2017). The evening concluded with a most enchanting musical storytelling performance by Dee, accompanied by her husband Reza Gunawan on piano. The performance was based on excerpt of Dee’s latest novel Aroma Karsa (Scent of Intent) which broke the pre-order sales record in Indonesia and won the Book of the Year Award.

Earlier on the same day, the School of Languages, Literatures, Cultures and Linguistics hosted an informal gathering, where Dee answered questions from Monash students and academics about her literary biography and works. The meeting was chaired by Harry Aveling (translator of Dee’s first novel Supernova) and organised by Yacinta Kurniasih.

Dee was listed by Globe Asia magazine as one of the 100 Most Influential Women in Asia and was included in Richtopia’s list of 250 World’s Most Influential Women. Dee is a two-time recipient of Indonesia’s Book of The Year Award, and also a two-time recipient of Indonesia Reader’s Choice Award for The Most Favorite Author and The Most Favourite Book.

The Centre is grateful to the Jakarta office of the Ford Foundation/IIEF and the Monash Indonesia Representative Office (MIRO) for their generous support for the event and video production.

Click here for a photo album of the event.